Red Bull are organising this years Red Bull Soapbox Race to be held at Alexander Palace, London on 14 July 2013.  It is the first one to be held in the UK since 2004.

This is a fantastic event in which competitors, propelled by nothing other than gravity and nerves of steel, race homemade soapbox vehicles.  The winner is judged on speed, creativity and showmanship.

To create a go-kart for the race, there are only a few parameters to adhere to.  There’s a maximum size, that there are no engines or external energy sources and of course there’s a little bit of health and safety as well, they have to have completely functional brakes and steering.  After that, the only other constraints are simply the contestants imaginations.

It was great to be approached by Red Bull to make the 3 soapbox vehicles which will be used as PR and marketing props for the event this year.  Following their suggested British theme, we created these fabulous soapbox cars – a London black taxi, a metropolitan police car and, we couldn’t miss this out, the Beatles yellow submarine.  With a steel structure and bmx wheels to create the skeleton of the vehicle, the outer bodies were formed and customised using plywood, cardboard tubing, a bit of poly carving and lots of coloured plastazote and vinyl.

Check out the video of the crew taking the yellow submarine and black taxi for a test run. 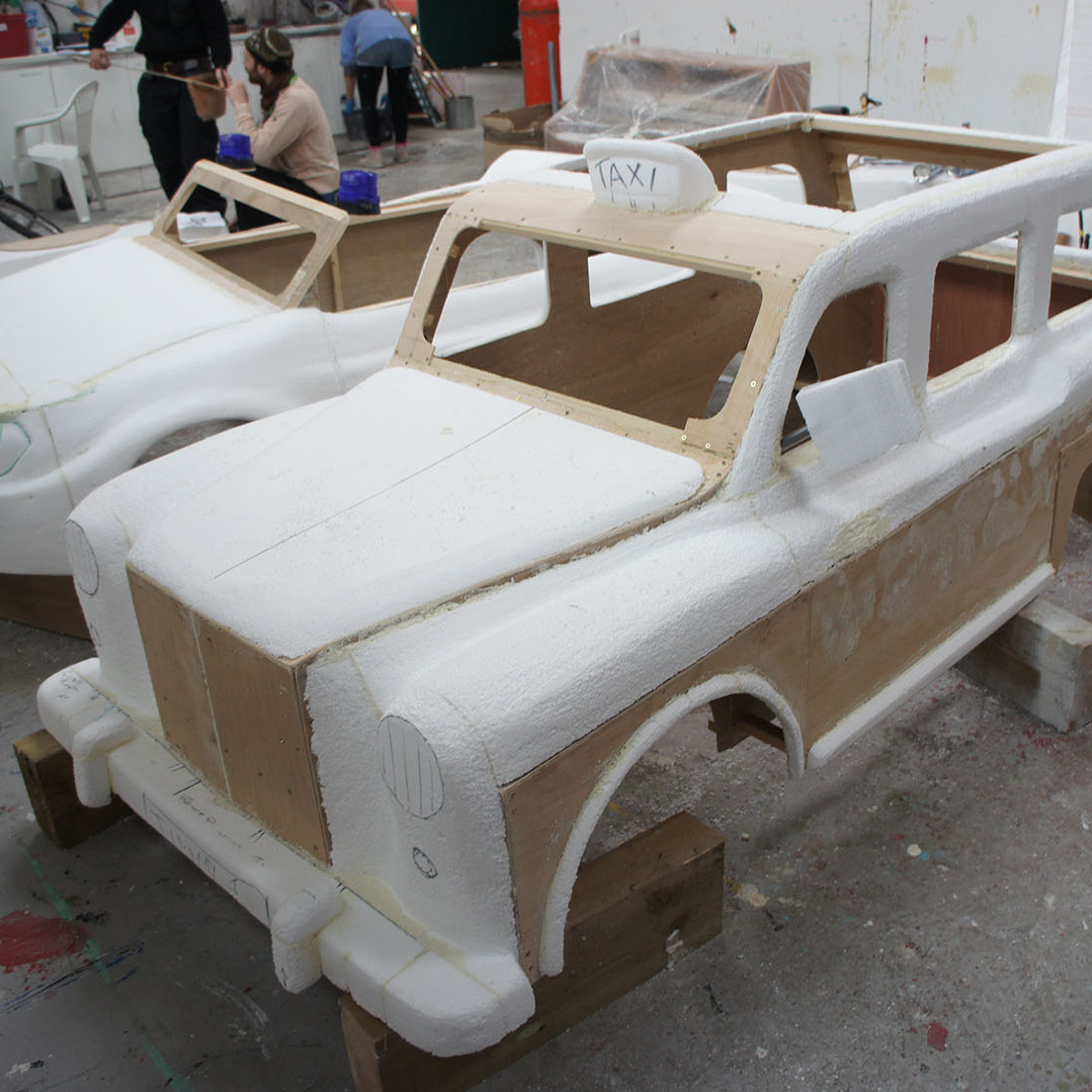 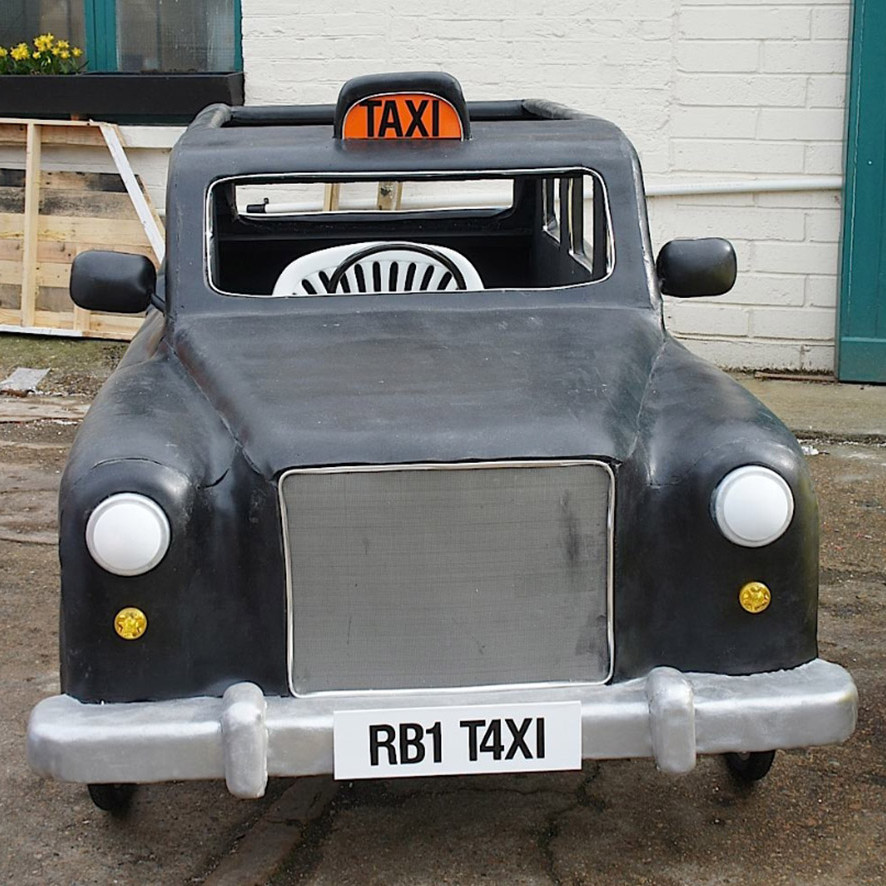 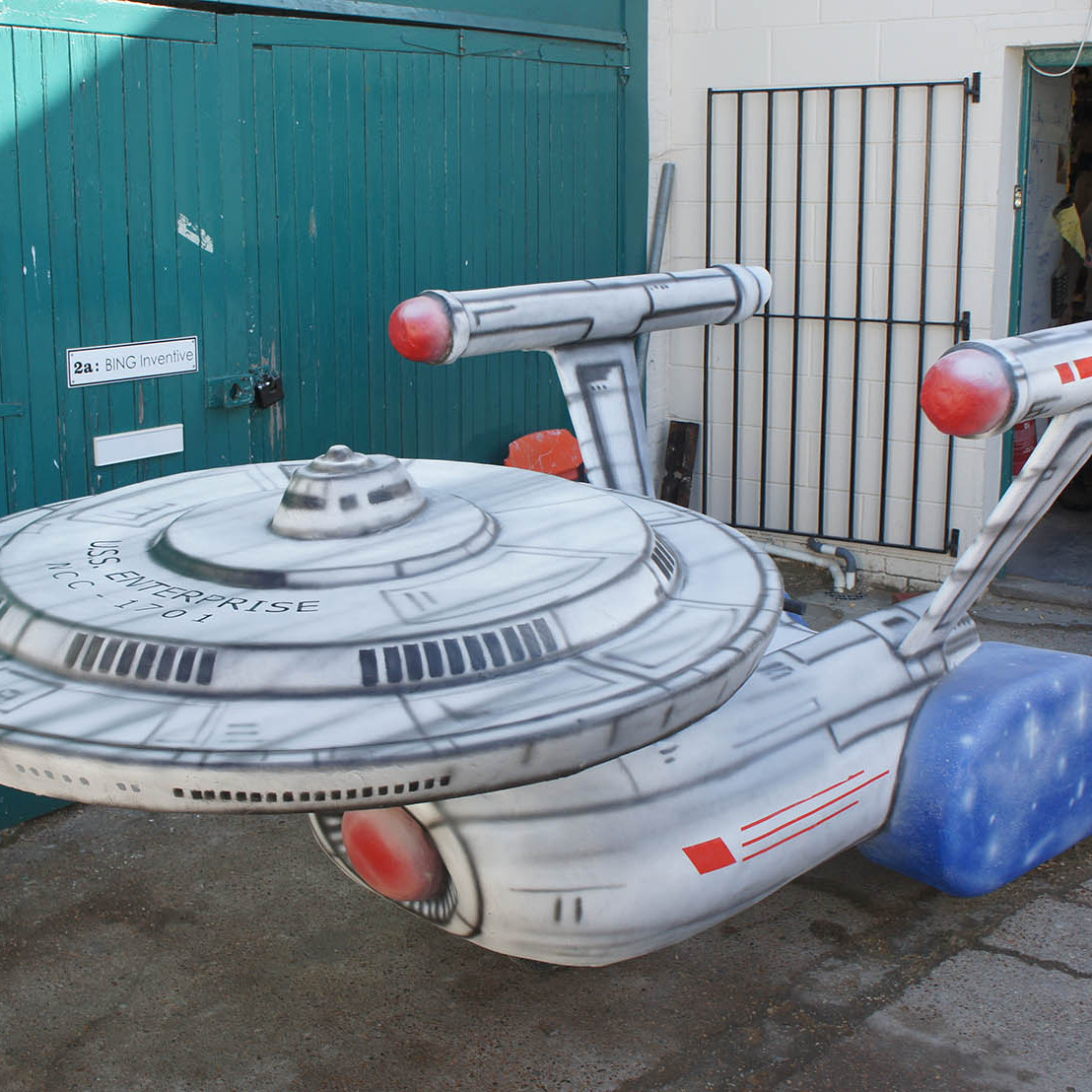