We all love a bit of confetti and when there’s lot’s of it, well that’s definitely a sign of a celebration.

Over the summer Uniqlo commissioned London Branch to produce something eye-catching in their Westfield store for the 2012 Olympic Games.

As part of the striking display which they created, London Branch had the idea of making bespoke cannons that would blow around colourful confetti inside Uniqlo’s large glass window enclosure and also making a giant three-dimensional Uniqlo gold medal that was suspended from the 7 metre high ceiling.  It was the confetti blowers and the giant gold medal which Branch contacted Plunge to make. 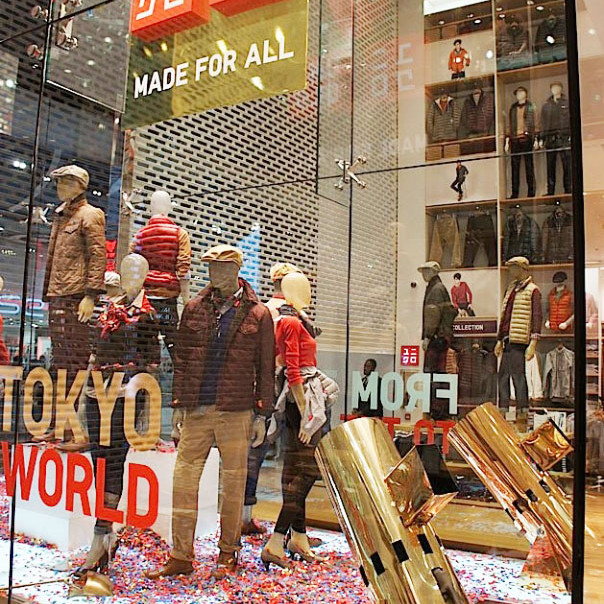 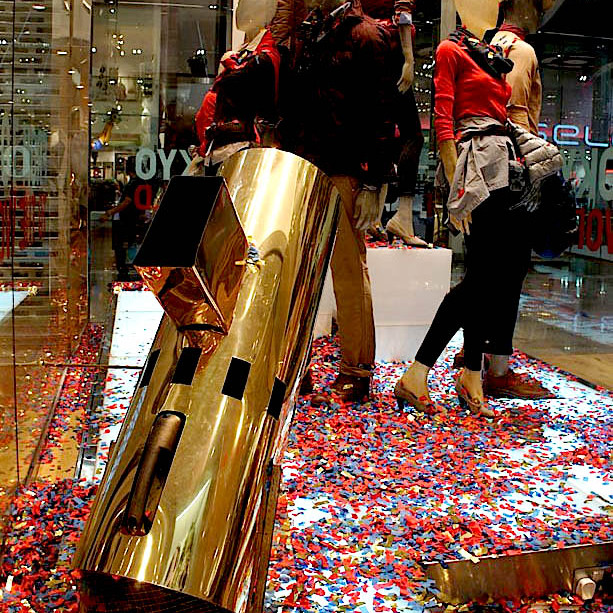