Ahead of Red Nose Day, Babybel teamed up with Comic Relief to bring a bit of laughter to Kings Cross Station commuters.

Commissioned by Cunning Communications on behalf of Babybel, Plunge created a 6m x 3m interactive billboard for the activation which had 10,000 Babybels attached to it.  As the Babybels were removed (and consumed) by passersby, the image of Googlebox star Scarlett Moffatt was revealed.  Scarlett was there on the day to crack cheesy one liners and jokes with people on the station.

As far as interactive billboards go, this one was a particularly tasty one.

If you have a client who would be interested in creating a similar activation or creating a temporary billboard, drop us a line as we still have the billboard structure available for hire and repurposing. 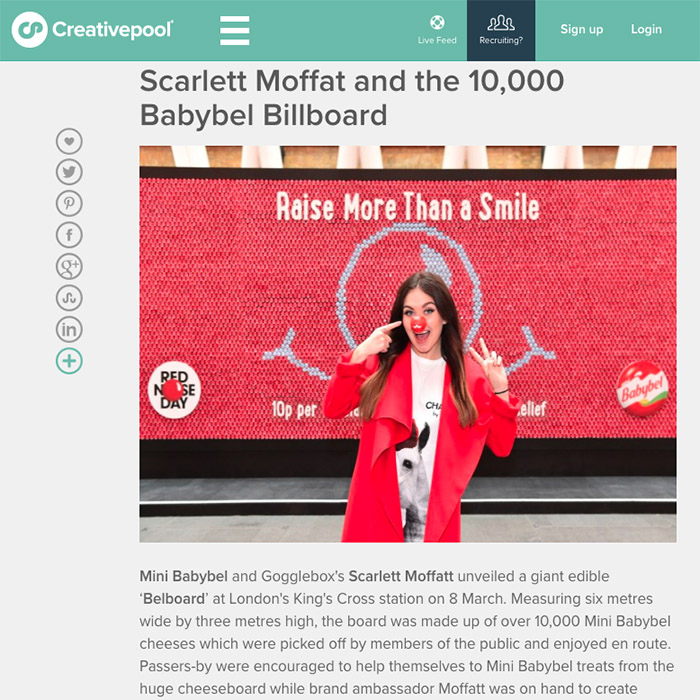 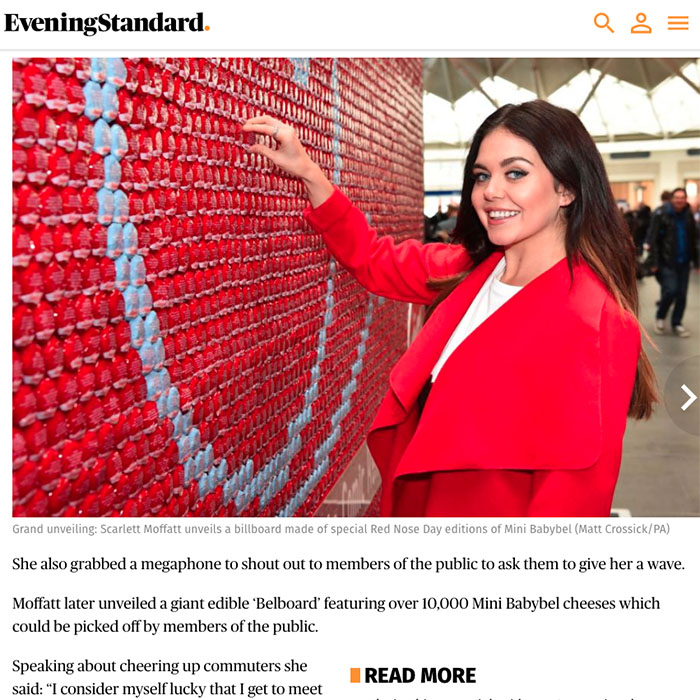 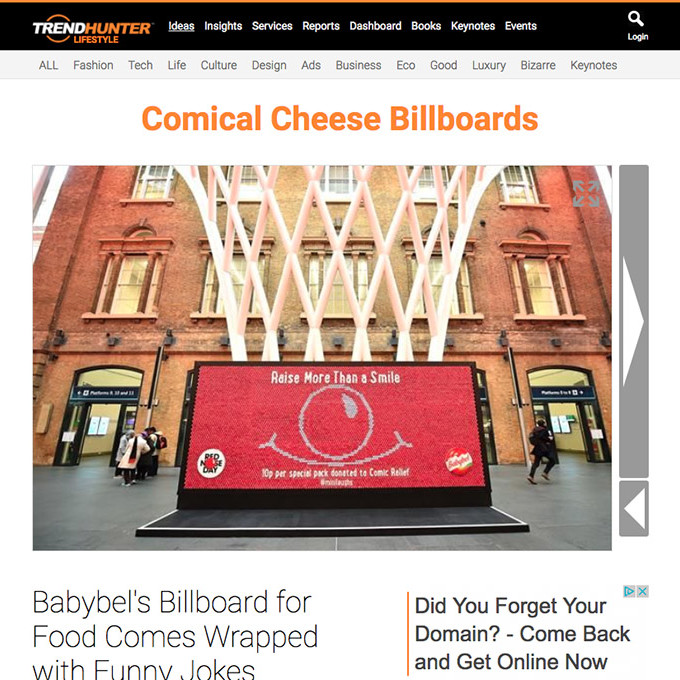 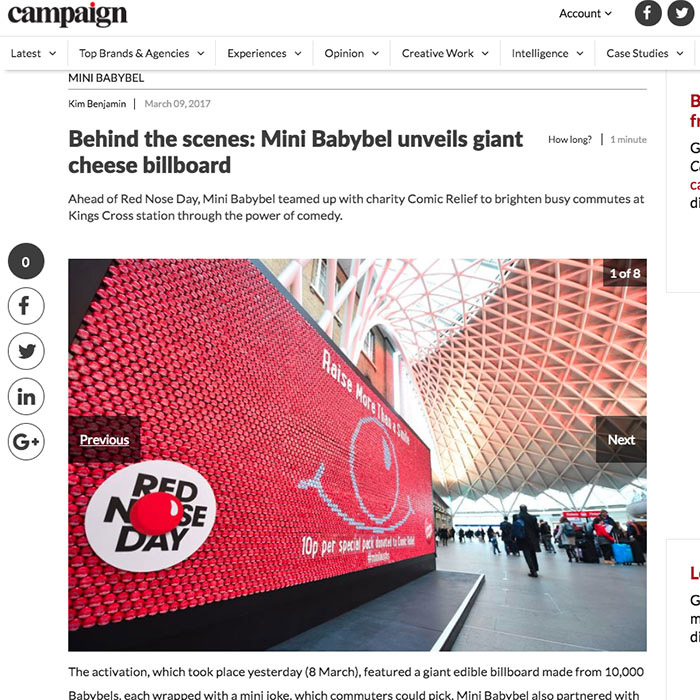