The BBC has asked us to create a fire tornado!

“A What?” I hear you ask. Well it’s exactly as it sounds, it’s a tornado of fire.

It’s for the new science show Bang Goes The Theory.

They are a natural phenomenon that is quite common in bush fires and they can be created artificially in a number of ways. What is needed is a fire and a vortex.

The technique we chose was to build a tube of wire mesh which is then rotated around a central fuel source. The fuel is lit and the wire tube is rotated, creating a spinning column of air and thus setting up a vortex. The rising hot air of the flame then starts to spin, is sucked up into the vortex and builds itself into a tornado.

Here’s a video of one of our tests: 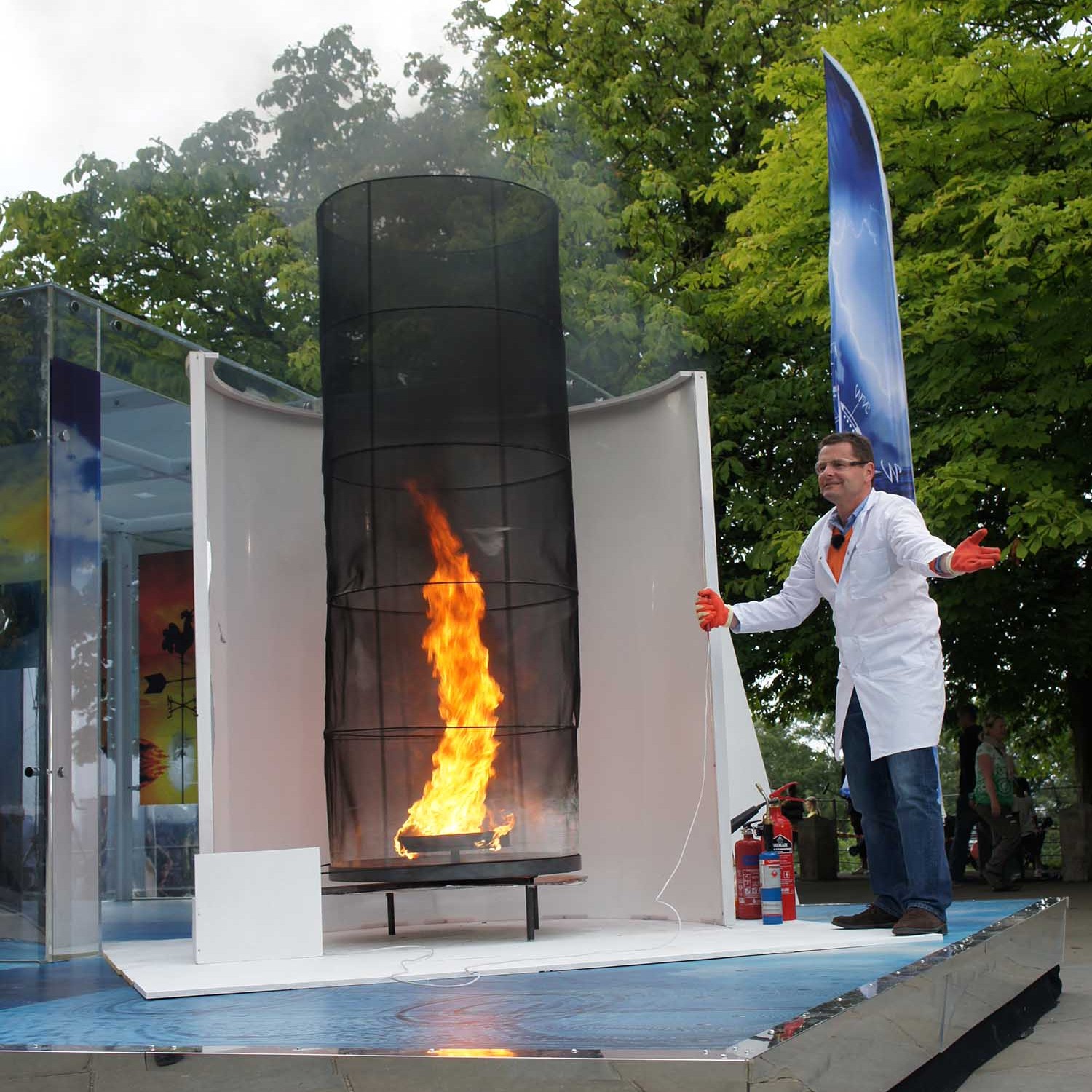 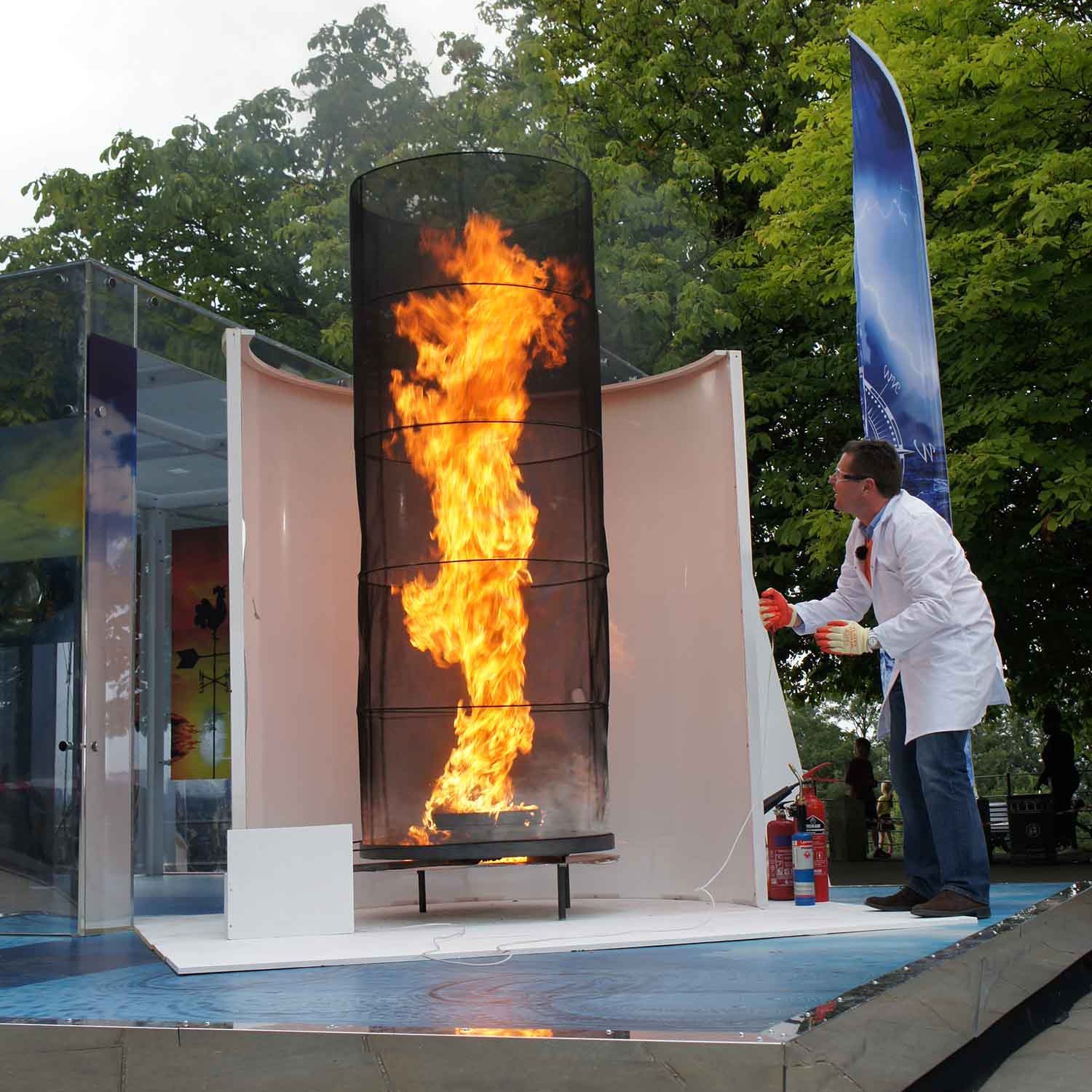