Well, the Olympics in London is finally here and so we’ve been making mascots. Not the really ugly weird ones for the London Games but nice friendly ones for the Russian Winter Olympics in 2014.

We have been working with the delightful team at Icon World create a winter scene, featuring the three mascots designed to represent the local wildlife; a speed skating Polar Bear, a dancing Hare and a snowboarding Leopard.

The masots were first carved from polystyrene and then coated in fibreglass and sprayed in our workshop. In addition we had to create a turreted igloo and a number of other snow covered items like glaciers and tree stumps.

We then spent two days installing the scene at Marble Arch, London in the blazing sun. Luckily nothing melted and the mascots have been well received by the public. Bring on Sochi 2014! 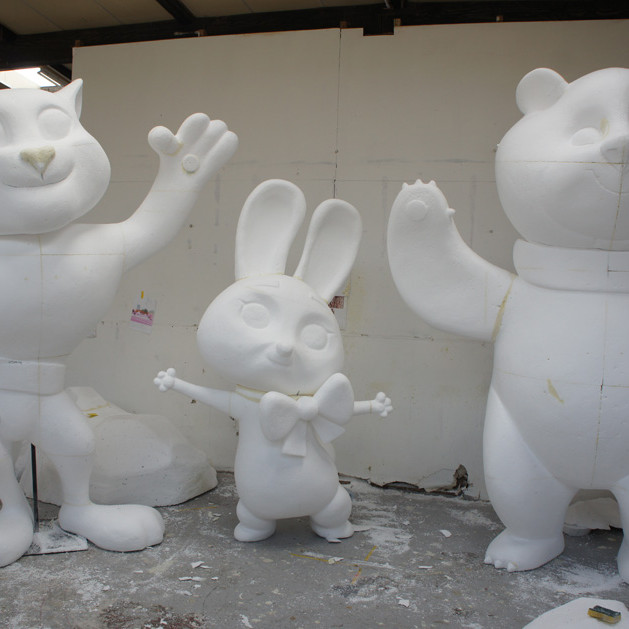 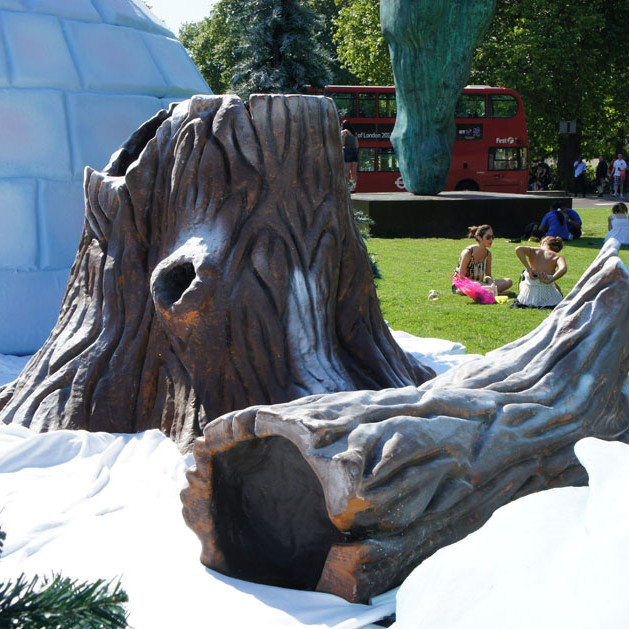