We recently collaborated with event producers Jubba on a launch for the new Rowan Atkinson series on Netflix – Man vs Bee. We were tasked with creating life-size sculptures, entitled “Grow’in Atkinson”.

The idea behind the brief was to create hyper-realistic Rowan Atkinson models that would attract bees. Our initial aim was to promote the new series. However, both Netflix and Jubba also wanted to highlight the plight of British Bees and the shortage of available wildflower nectar. Working closely with The British Bee Charity, the idea was to encourage people to plant wildflowers to support UK bees.

Firstly, we sculpted a clay version of a shocked Rowan Atkinson. We created a perfect sculpt of his face, down to his unique and animated expressions. Then we produced 3 fibreglass replicas, which were art-worked to hyper-realistic perfection. We also added and styled wigs, along with eyebrows and eyelashes. Then we fitted realistic silicon hands which we art-worked to provide a natural skin colour and tone.

Next, we attached the replica heads to 3 bodies which we manipulated into different poses. We aimed to position the bodies in order to mirror Rowan Atkinson’s unique physical and comedic style. We then dressed the bodies to represent the character within the series. After dressing, we filled the pockets with bee attracting flowers and plants. The “Grow’in Atkinson” replicas were then placed within planter boxes, filled with soil and flowering plants to act as feeding spots for bees. We created bespoke planter boxes, complete with a mini plaque featuring the Netflix logo and the series title.

Our “Grow’in Atkinson’s” were then packaged up and set up outside St Paul’s Cathedral in London for the promotion of Netflix Man vs Bee. After which, they will then find new homes to act as sustainable and natural food sources for bees within the UK. 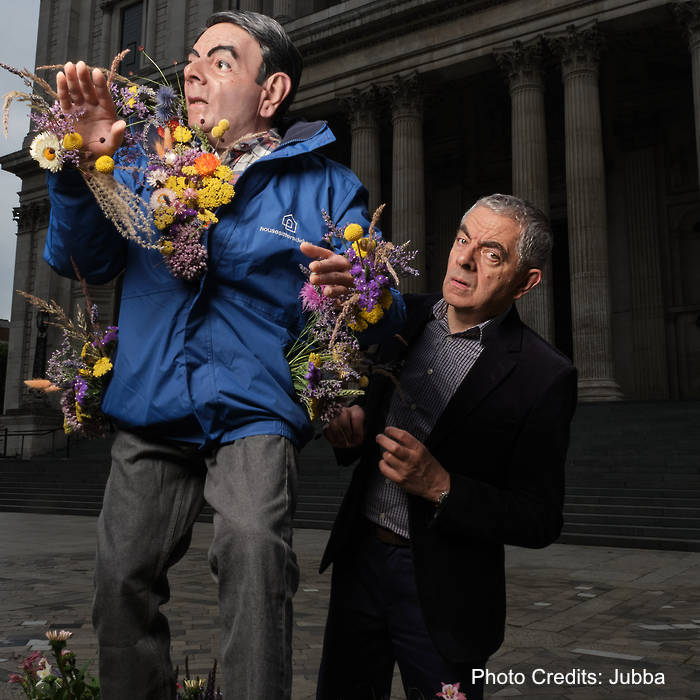 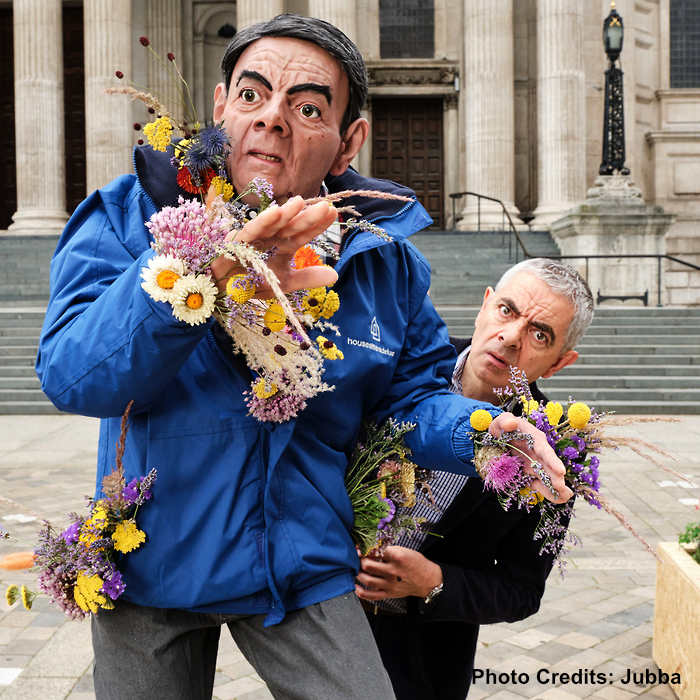 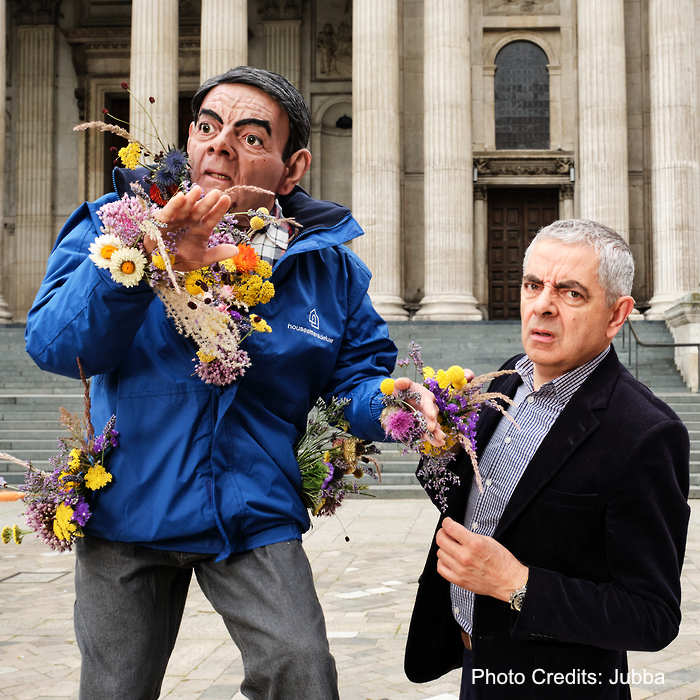 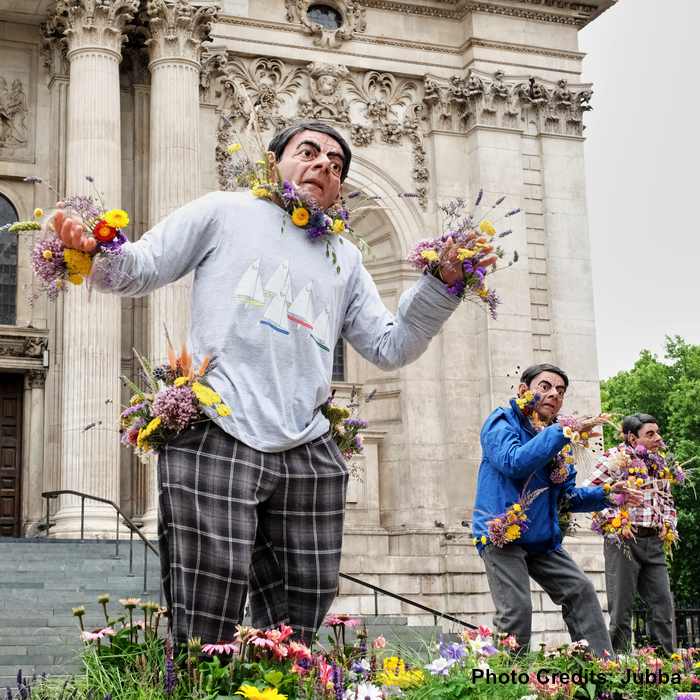 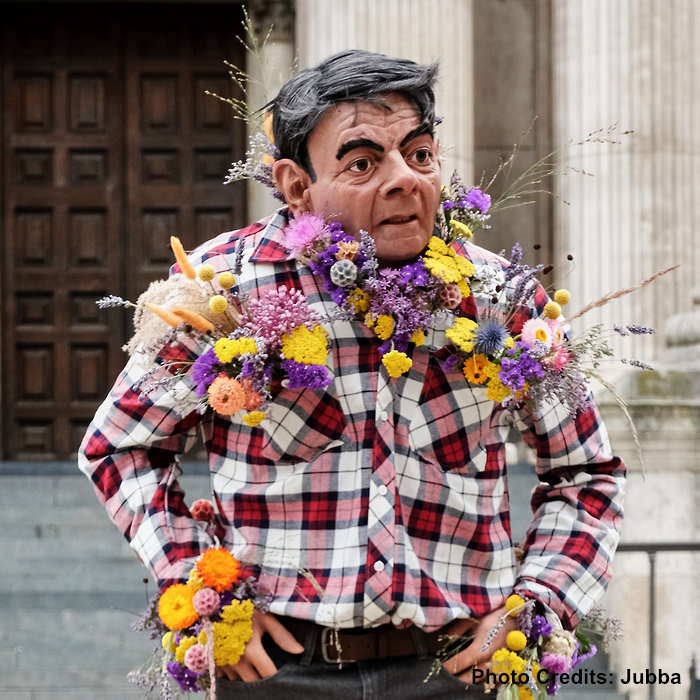 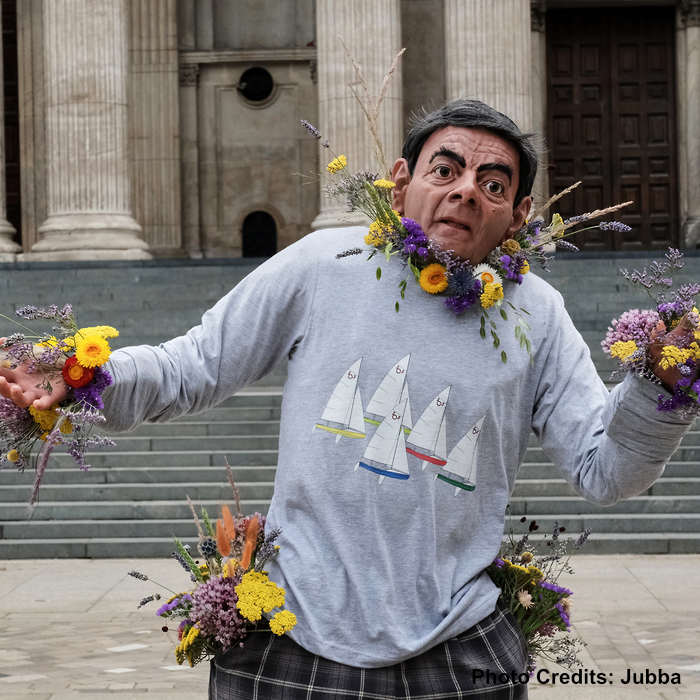 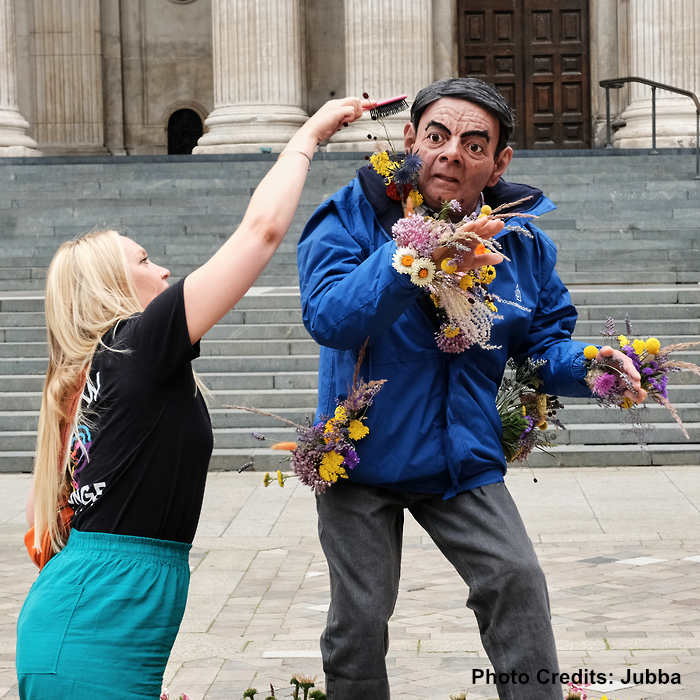 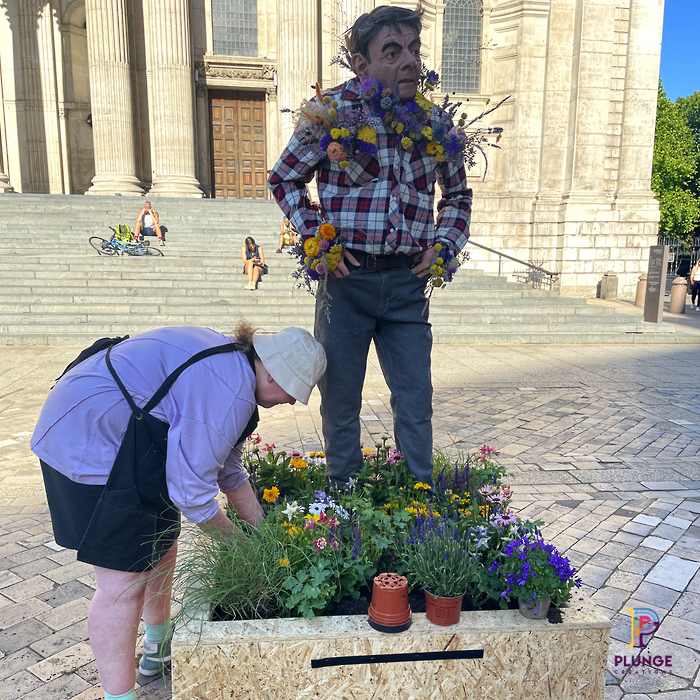 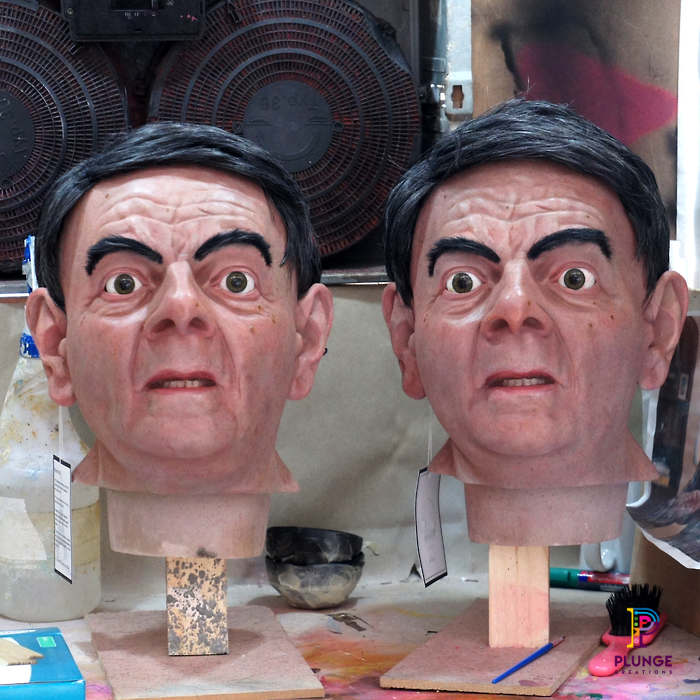 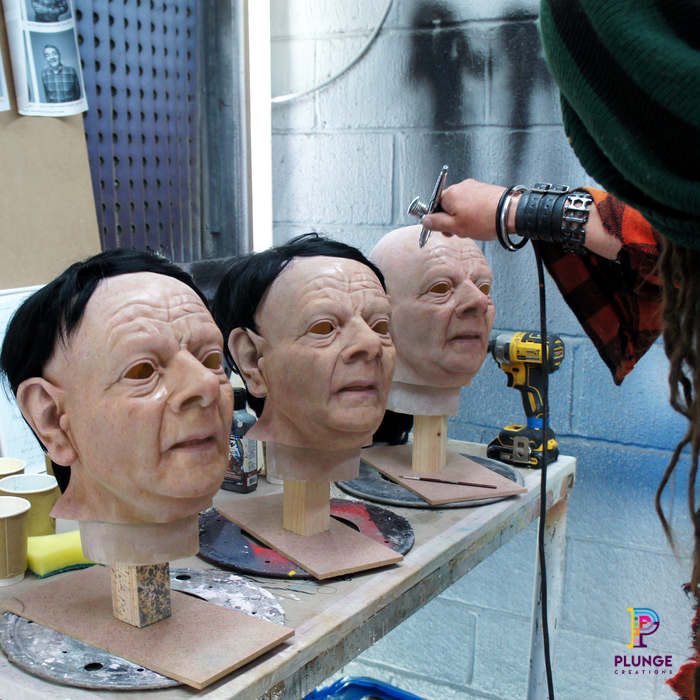 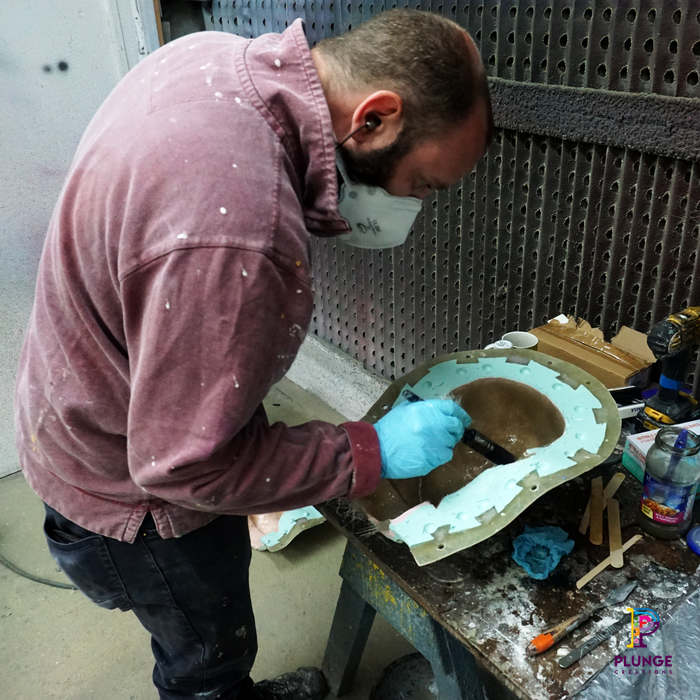 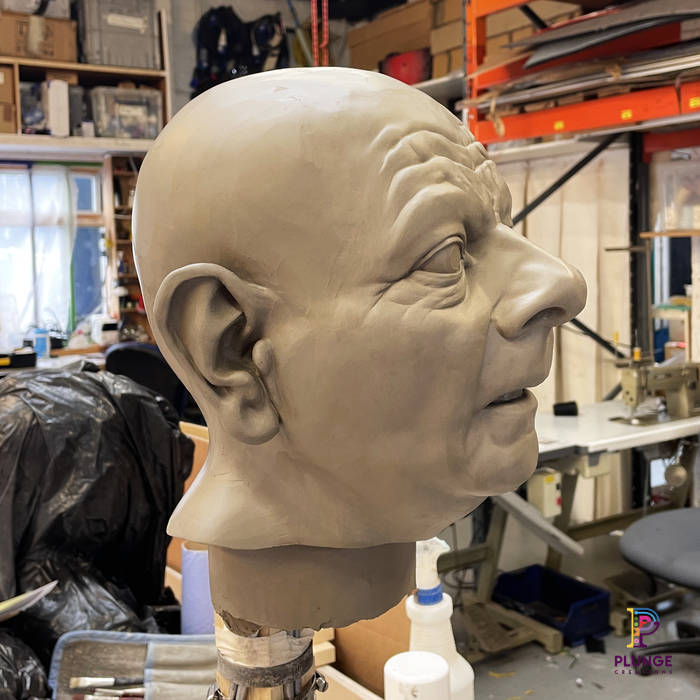 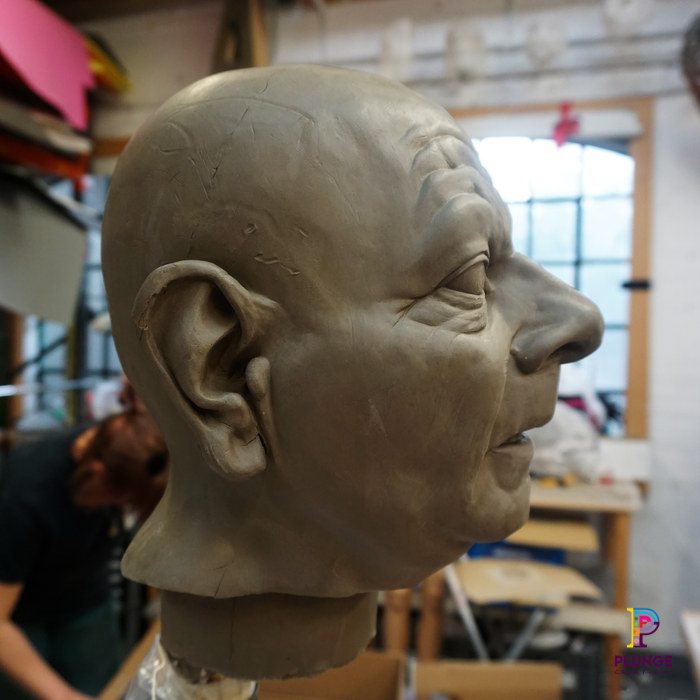 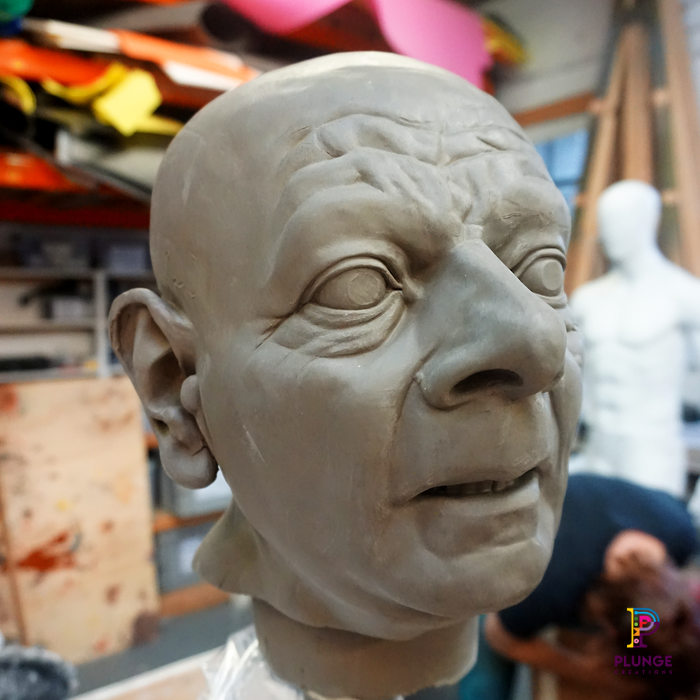 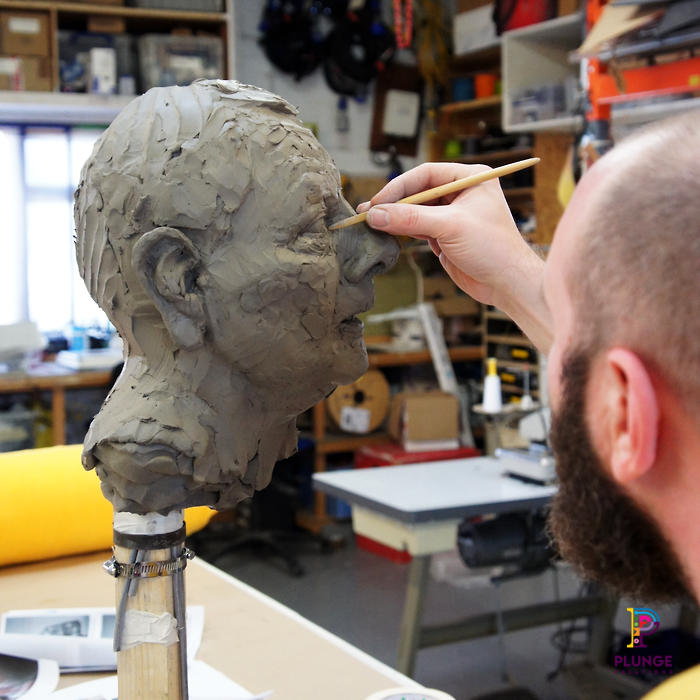 Want to see more? Check out some of our recent sculpt based projects.

If you’ve got a new project coming up, talk to one of our dedicated Project Managers by emailing info@plungecreations.co.uk today.