|In Uncategorised
|By Sarah

In 2003 the Red Bull Company announced it was to hold the 1st UK Red Bull Flugtag in Hyde Park, London.

Flugtag is german for ‘flying day’ and involves teams of intrepid individuals making flying machines and launching them off a 6m ramp into a lake.

How could we resist?

We set about designing the Miss Piggy, a Muppet inspired flying machine which was to be piloted by Kermit The Frog. But not only did we have to design a human powered flying machine but we were also required to entertain the crowd with a pre-launch performance.

We came up with the idea of performing Gonzo’s Amazing Chicken Spectacular! Rowlf the dog would strike up a rousing version of the Blue Danube on a grand piano and Gonzo would start firing a barrage of large fluffy chickens from 21 massive cannons to the sound of the music. Then in true Muppet style, Statler and Waldorf would sneer disapprovingly from the royal box and we would take to the skies.

This meant we not only had to make a flying machine but also fluffy chickens, muppet costumes, chicken firing cannons, a grand piano and a royal box.

We approached a number of companies for sponsorship and were delighted by the generosity of Buttles, Abbey Corrugated, HMG Paints, Essex Tube Windings and Eliza Tinsley to name but a few.

A few frantic weeks of building followed until we were ready for the big day. We headed to Hyde Park with two 8 ton trucks to carry all our gear and spent a sunny Saturday assembling our flying machine and chicken firing device on the bank of the Serpentine lake.

Then on the Sunday we donned our Muppet costumes and before 200,000 spectators launched ourselves over the water.

It would be great to be able to say that we flew gracefully across the lake and made a perfect landing on the opposite bank. In truth however our left wing buckled and we span around in mid air and landed nose first in the water.

On the other hand we did win!

A combination of Gonzo’s Chicken Spectacular and our flight had won it for us and we have never been so proud. 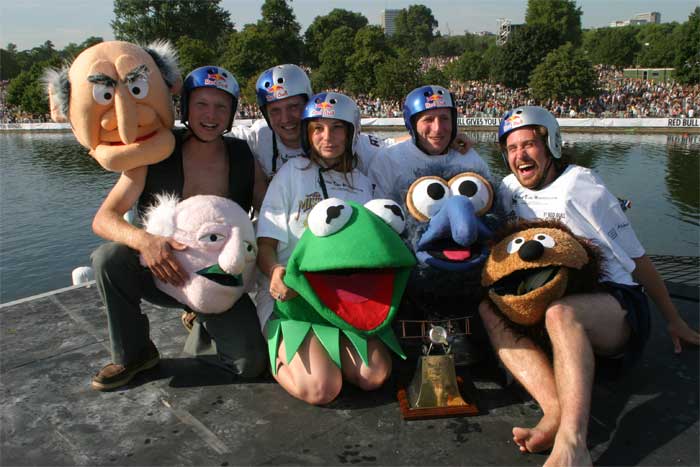 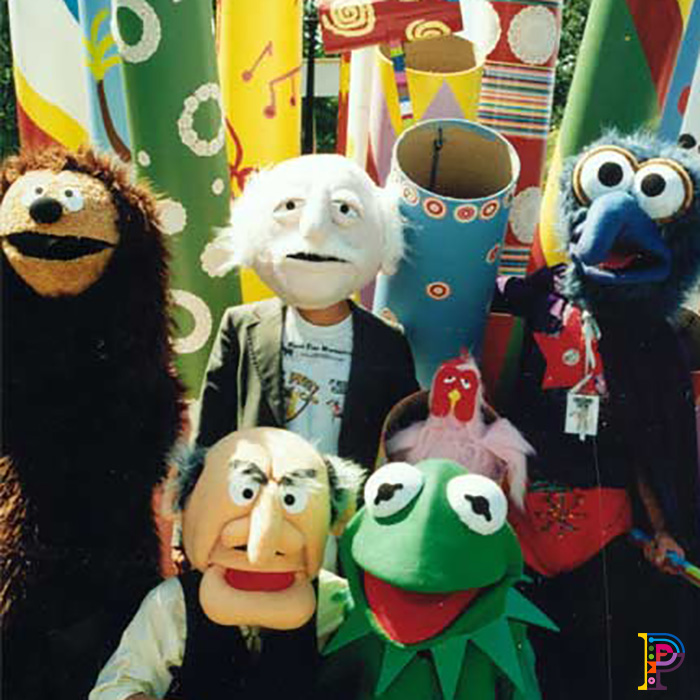