Six the Musical tells the story of Henry VIII’s wives – how they competed to be crowned Queen and how they survived under the hands of the patriarchy of the time. When this hit musical arrived in the UK, we were approached to create one of the “Six” costumes – the Anne Boleyn. Our team of creatives were tasked with creating 2 edits of a costume that would symbolise the strength of the woman wearing it.

We used multiple layers of fabric to make this happen – some holographic in nature. This was in order to provide depth and structure for the costume shapes. We also used green fabric throughout the costume. This alluded to the Greensleeves poem thought to have been written by Henry VIII to Anne. We also referenced Tudor building styles by adding lattice work to the entire costume. This attributed even more strength and power to Anne Boleyn’s character, within Six the Musical. 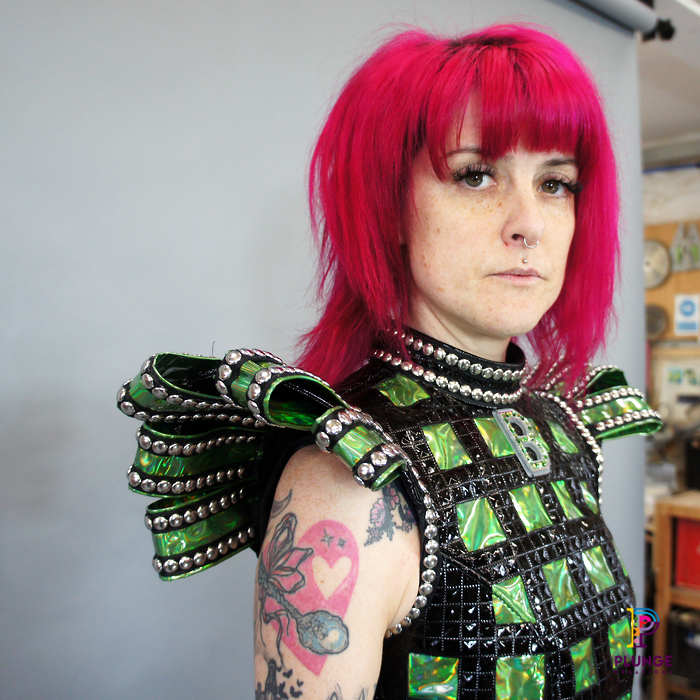 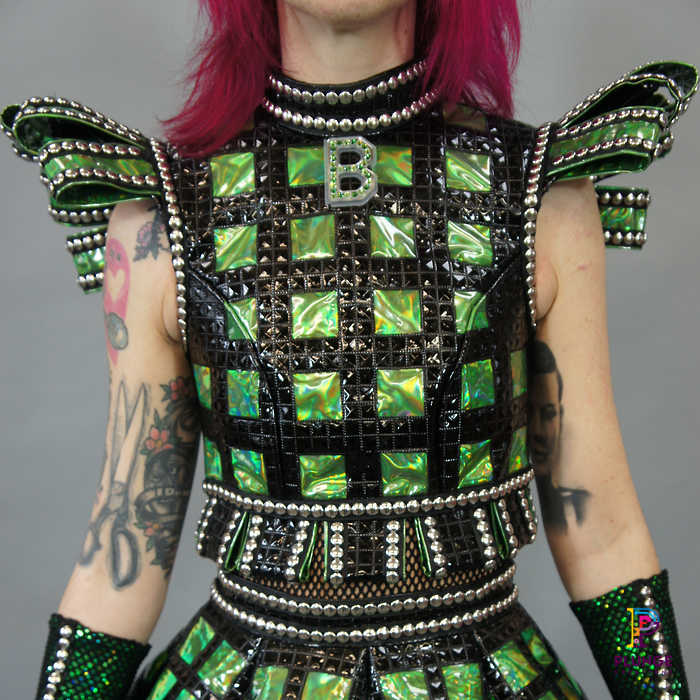 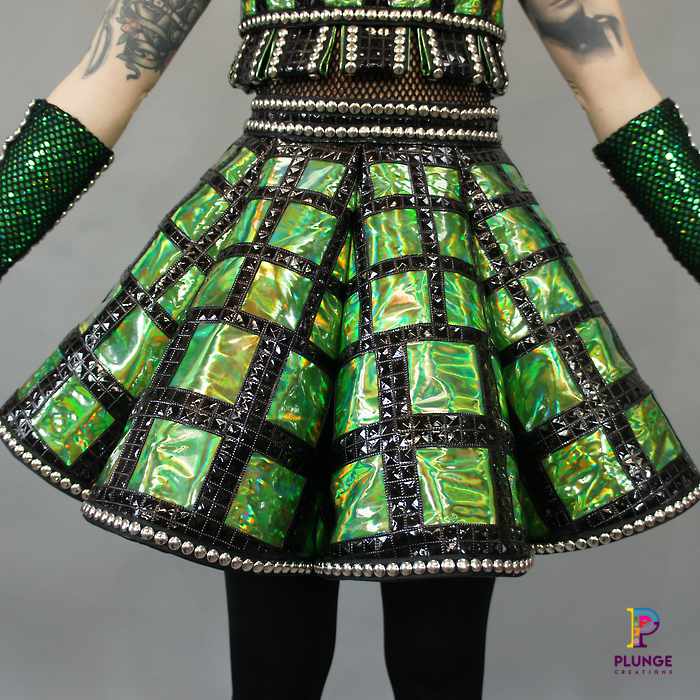 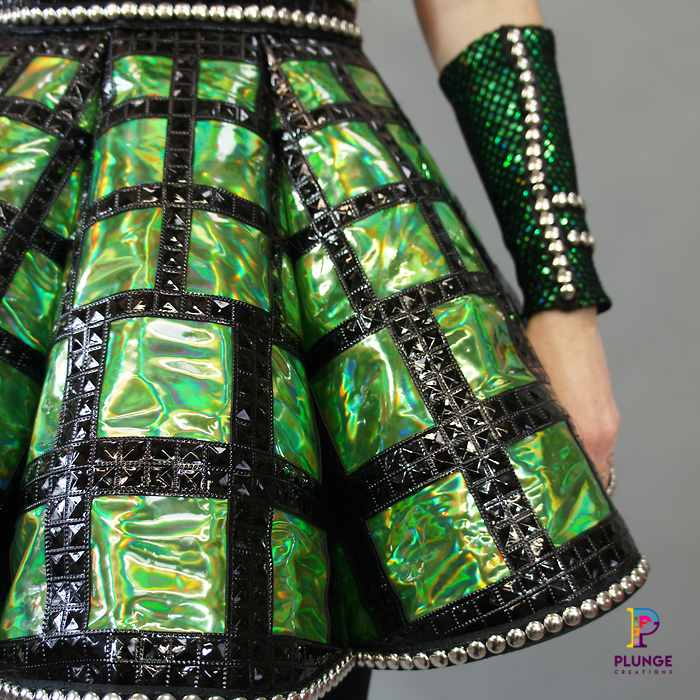 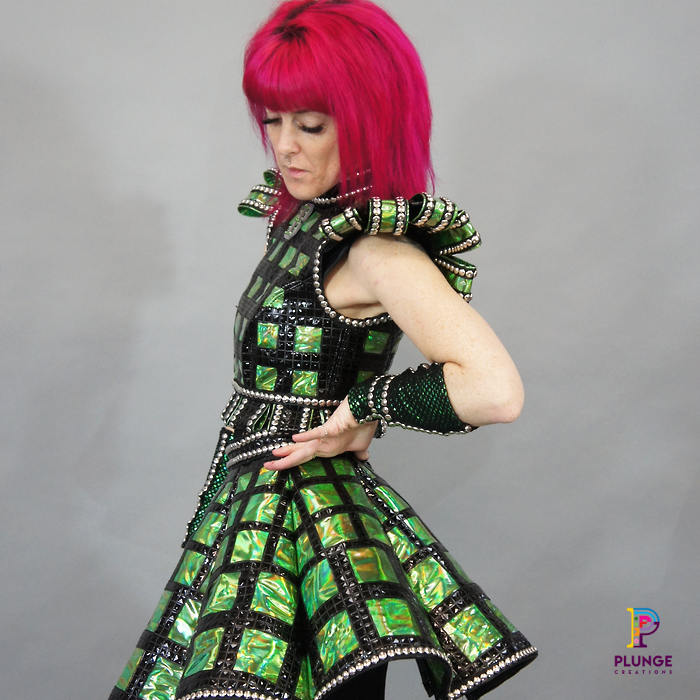 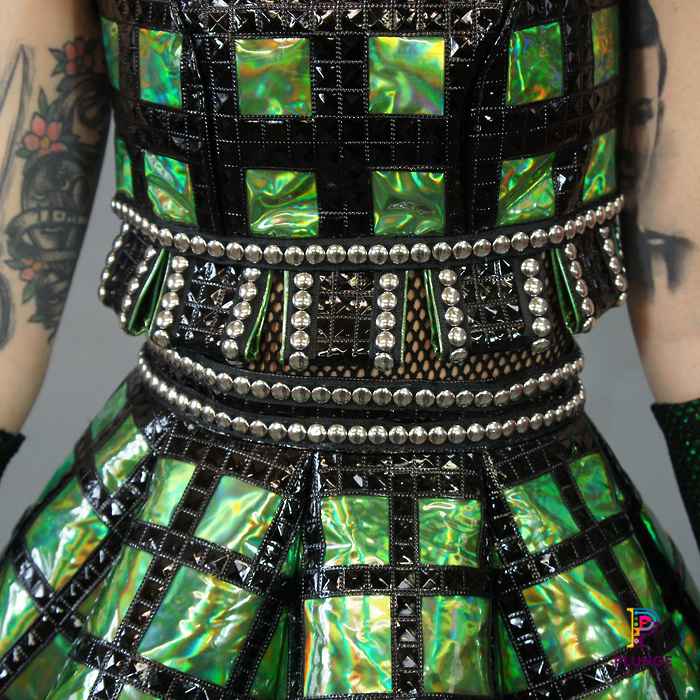 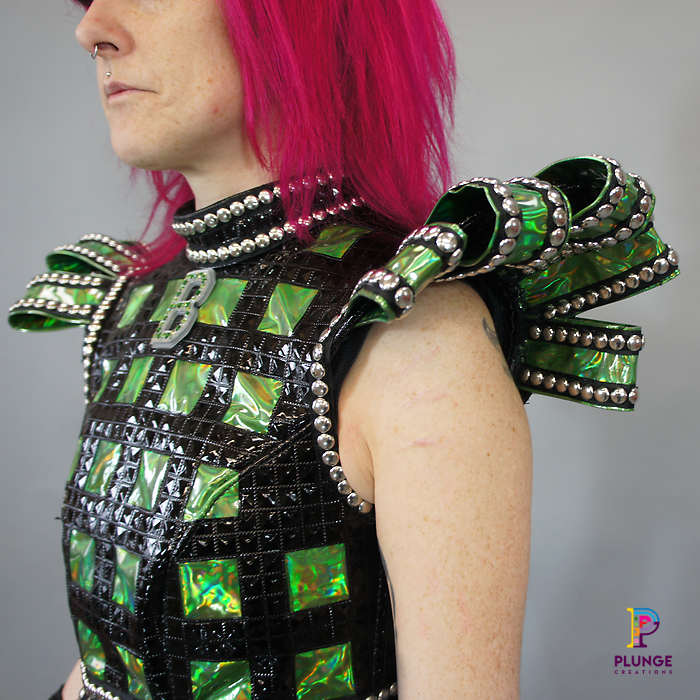 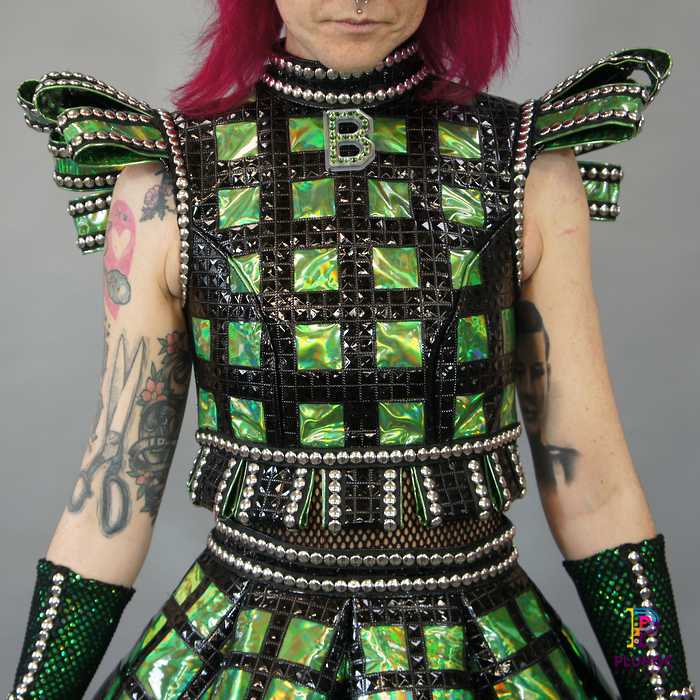 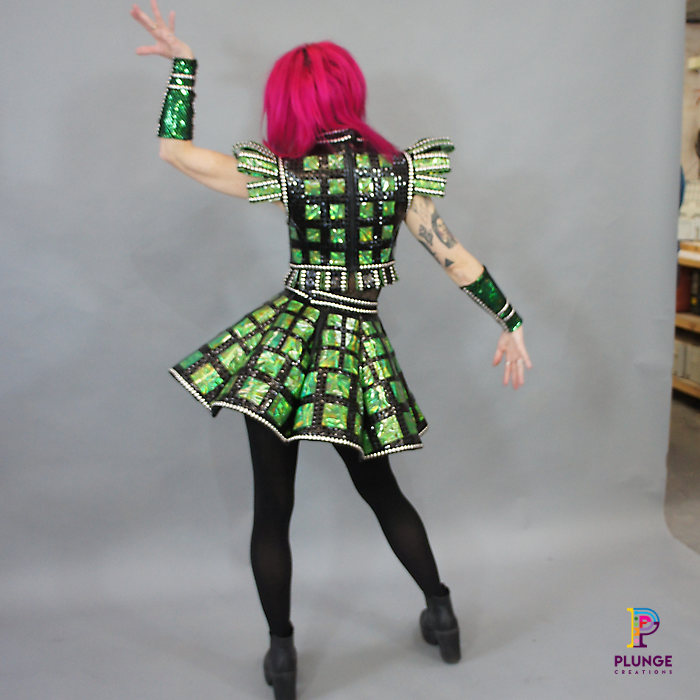 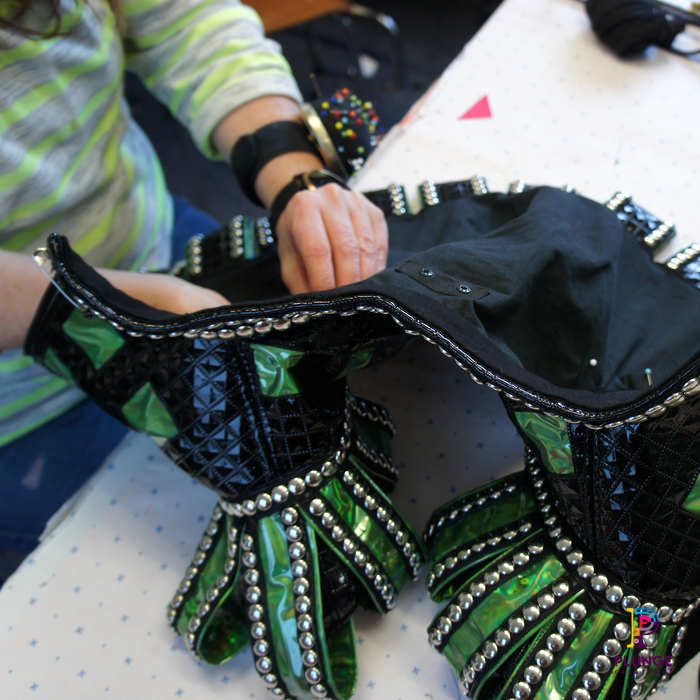 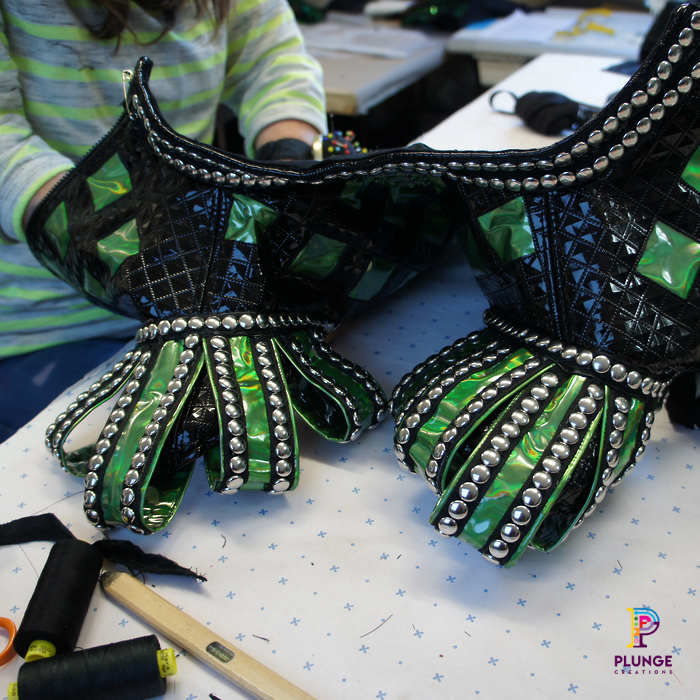 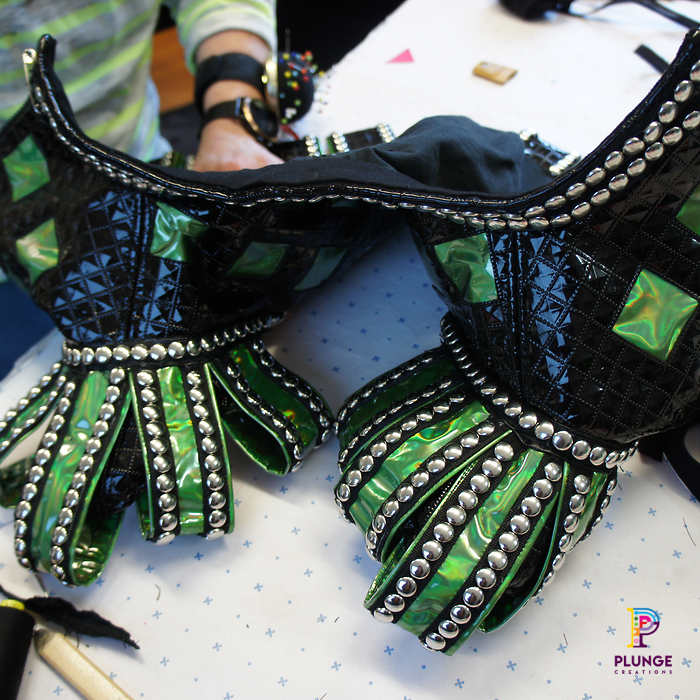 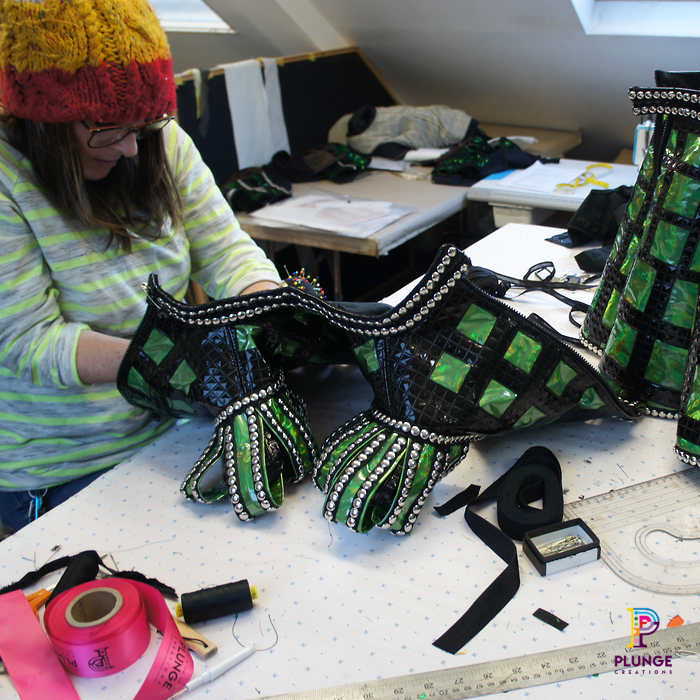 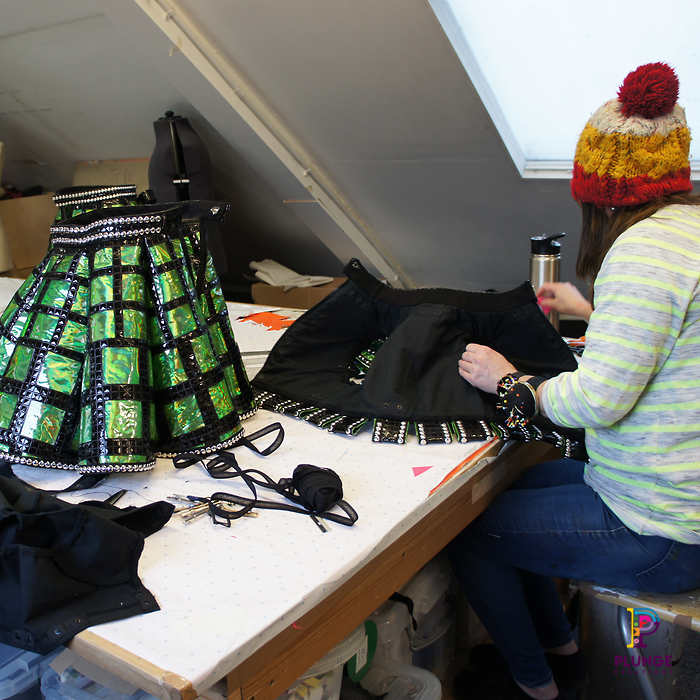 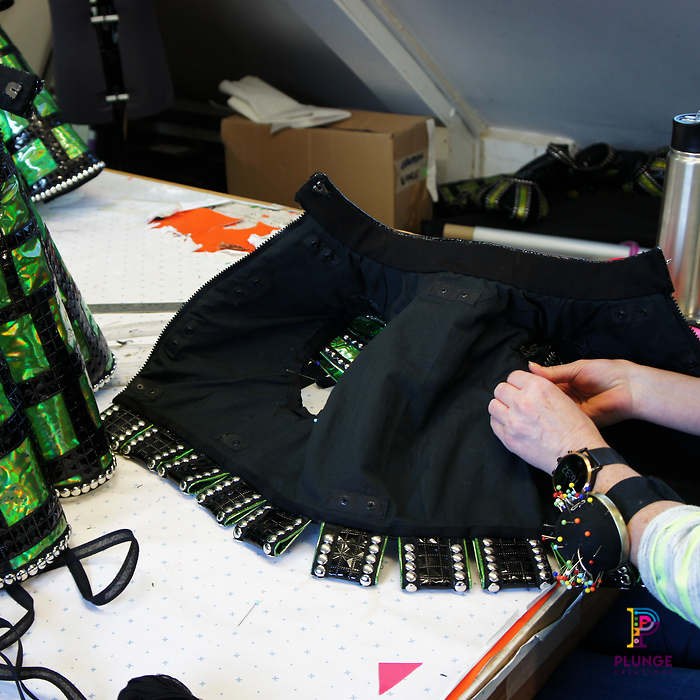 To see other costumes that Plunge Creations have designed and created, follow this link.