Commissioned by Freud, on behalf of Warburton, the crumpet covered, dinosaur sculpture of the Christmasaurus was created for the launch of Tom Fletcher’s first novel.

Its first outing was at the book launch of Christmasaurus, which was held at the Natural History Museum. From there the crumpet dinosaur went with Tom on a book signing tour of the UK which included Manchester and Bristol.

Now that’s done, I think it’s time to have a lovely cup of tea with a yummy toasted crumpet. 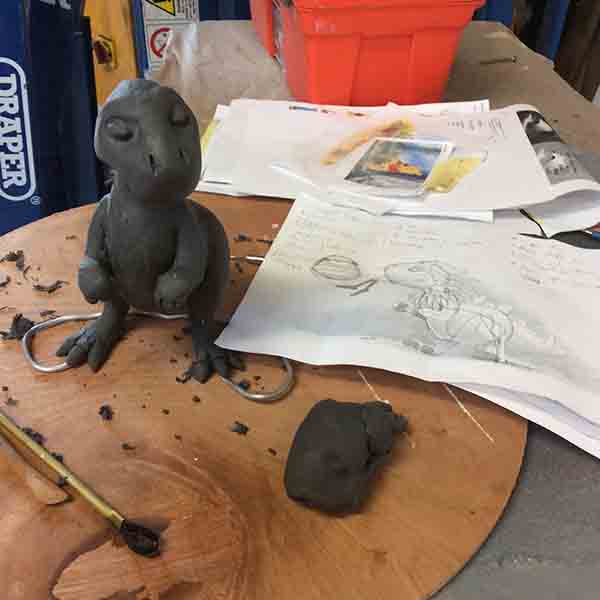 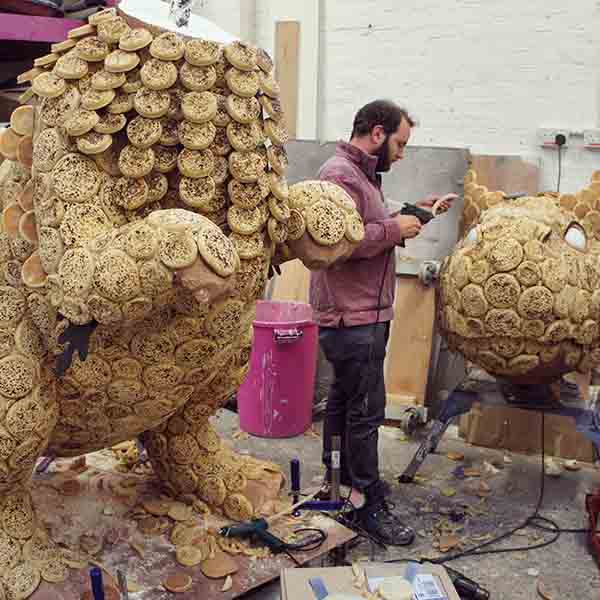 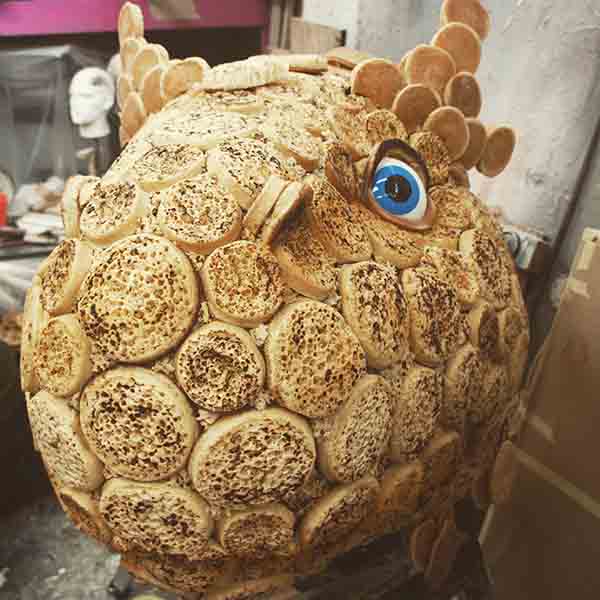 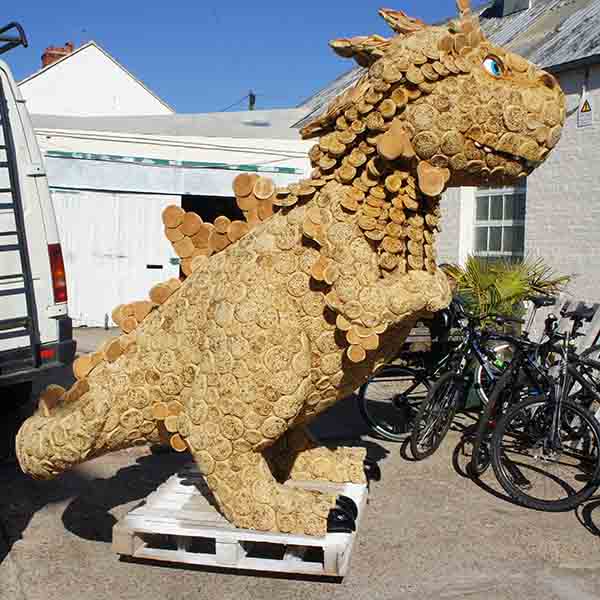