For each event they are allocated a ‘guru’ and when they contacted Red Bull they were told to call Tim Simpson from Plunge after he and Plunge won the London Red Bull Flugtag in 2003.
One was for a performance called ‘Fly School Musical’ and is a giant fly. The other was for ‘Matt and his Magic Hat’ and involved making a giant top hat that magically produces a giant white rabbit on the take off ramp.

The machines were conceived by the presenters, Matt and Darren and then built by Plunge. They were mainly carved polystyrene, with a tough outer coat. The giant hat was made of Plastozote.
To see how the flying machines did in Marseille you can catch the Red Bull Rivals episode on 4OD. 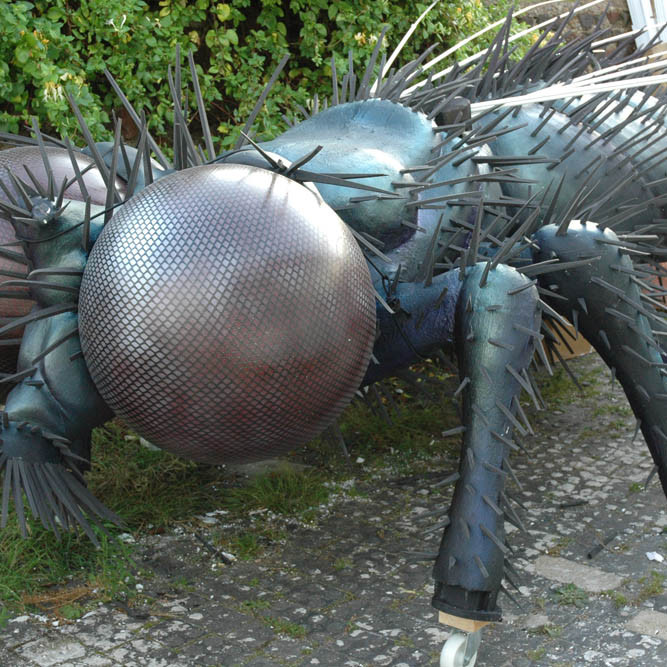 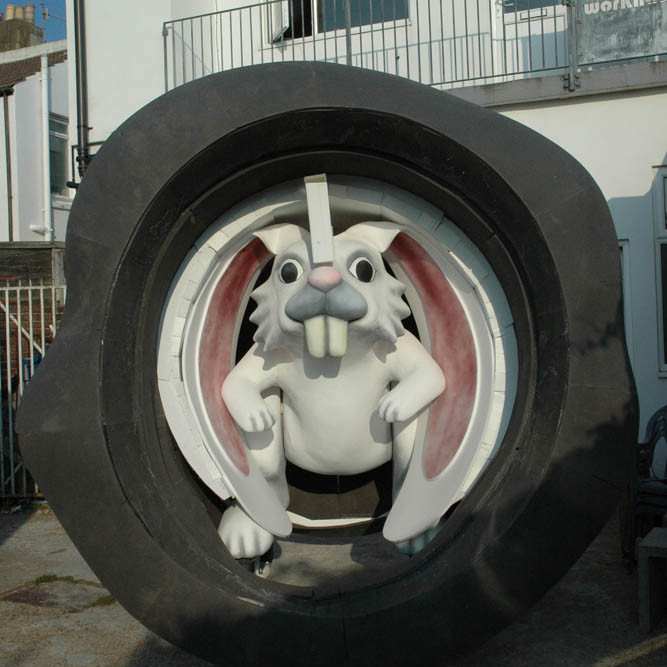 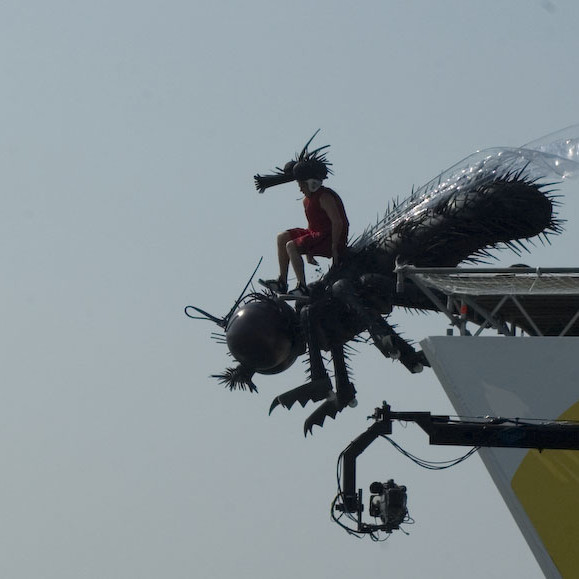