We were commissioned by Evolution Gaming to create a giant poly carved sculpt of a dragon for their online casino games. They wanted an illuminated metallic dragon as a background stage prop for their set. This dragon prop was a very laborious process – it began as a polystyrene and clay sculpt before being cast in silicone and moulded in fibreglass. It was then painted gold, and the perspex detail was added on last. This took over three weeks of intensive sculpting and casting, but it was worth it as it looks incredible. 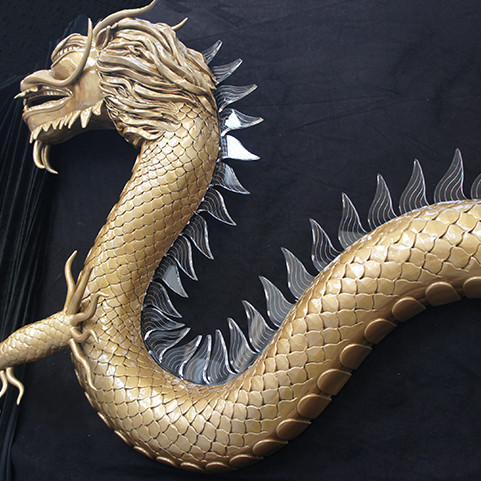 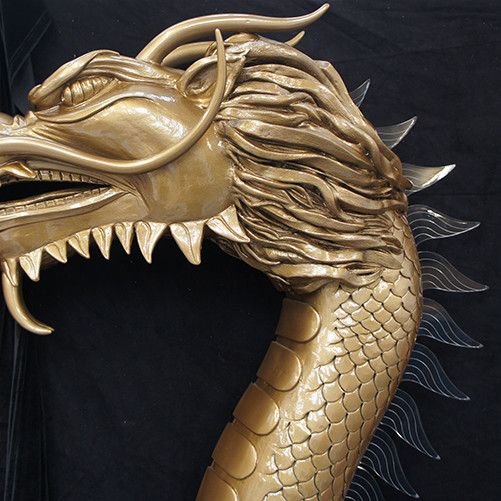 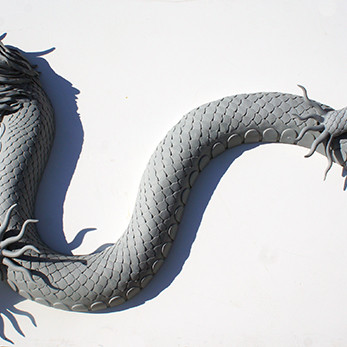 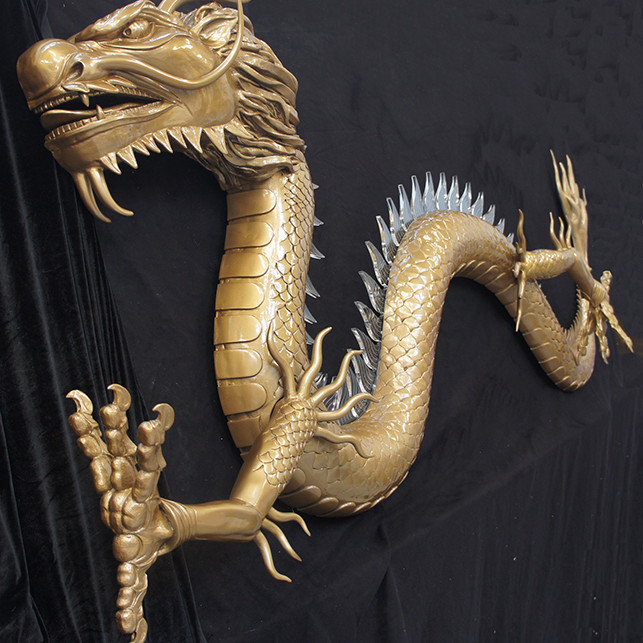