New research from Argos found that almost half of the UK population is now doing the majority of their non-grocery shopping online. 53 percent of those surveyed said they got a buzz from just receiving their delivery. Give that info to a PR agency like Hope & Glory and you end up with this fantastic Super Mario Lego & Argos collaboration. Taking their deliveries up to the next level, Argos gave customers the opportunity to win the full range of Lego Super Mario toys, delivered in a full size Lego van.

And this is where we come in. We took a Sprinter van and entirely covered it in Lego bricks while still keeping it drivable and road worthy. Sounds simple until you break it down. Firstly, we had to calculate exactly how many Lego bricks, in each of the colours, we were going to need Lego to send us. 140,000 bricks is what was. Using our design software, we mapped out the brand logos in the Lego bricks as well as working out how we’d get the lego to work with all the curved shapes in a Sprinter van. Imagine fitting together a 140,000 piece puzzle with curves. And that’s exactly what the team did.

The best bit about the van though was driving it around once it had the Lego attached. Everyone wanted to take photos of the van and smiles beamed out from all passersby who spotted it.

Once the winner had been delivered the Super Mario Lego, the left over Lego from the build was donated to local schools and dropped of by the Lego van. The reactions from the kids was amazing. They went bonkers for it. I know what they’ll be asking Santa for this Christmas. 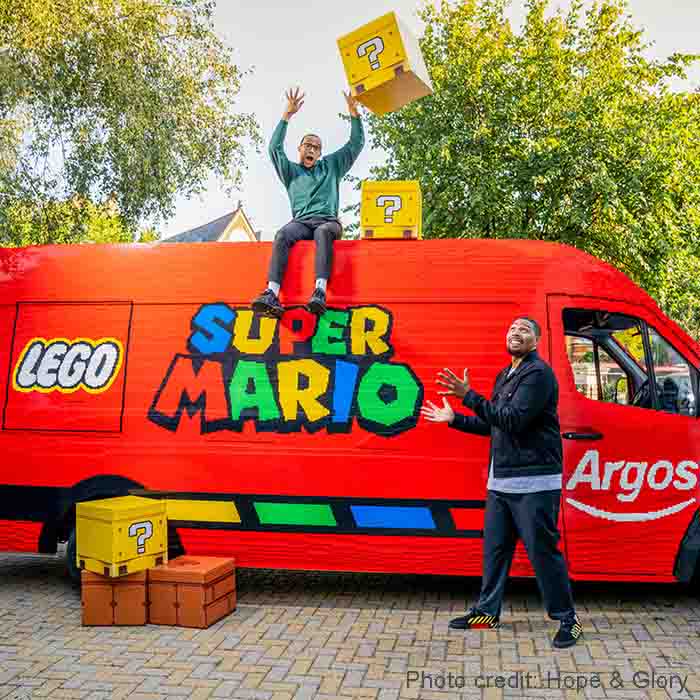 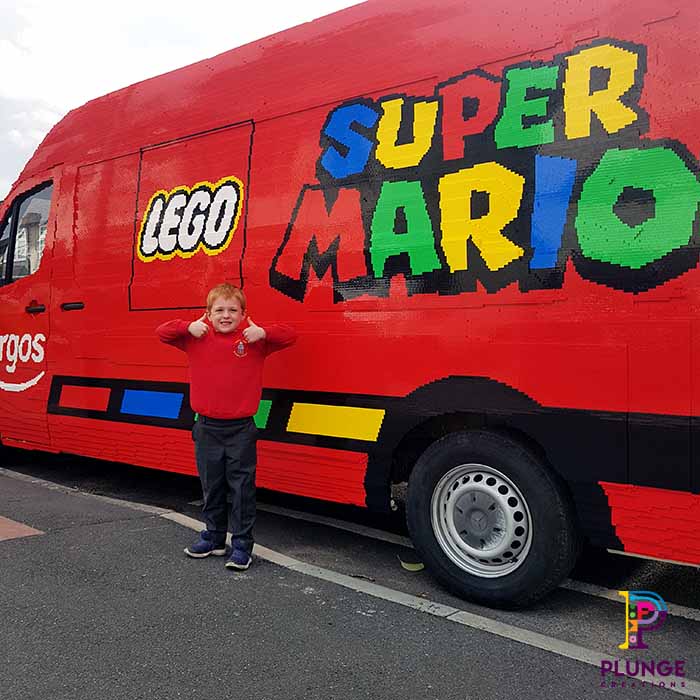 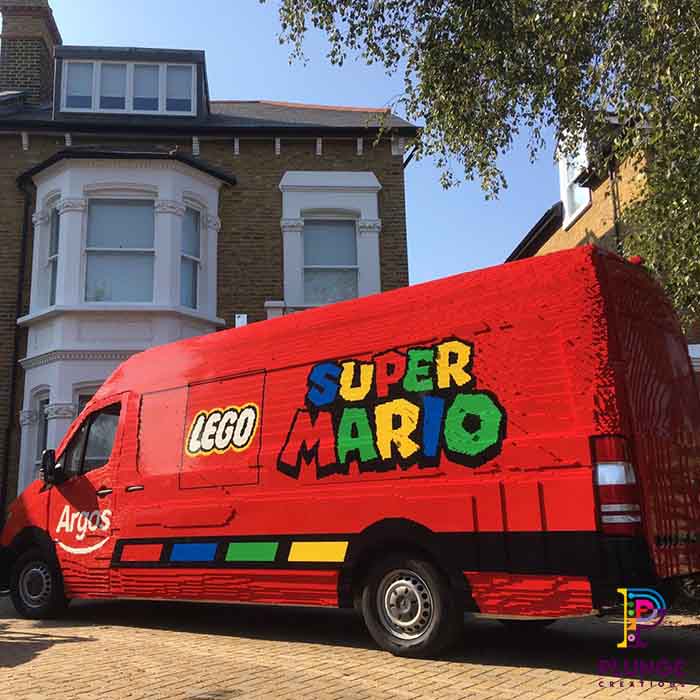 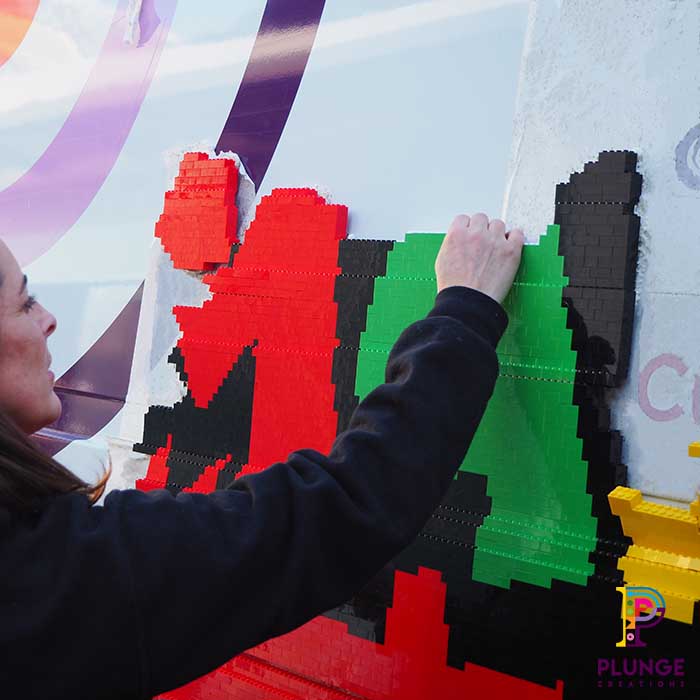 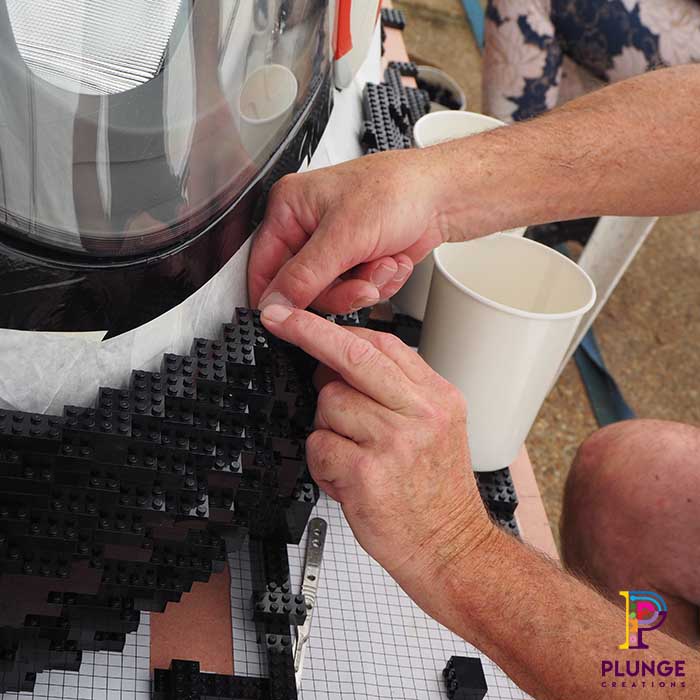 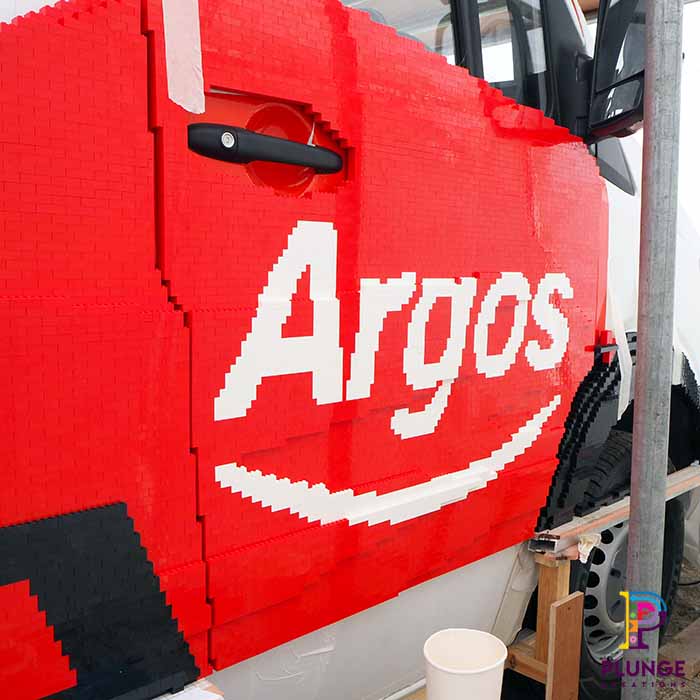 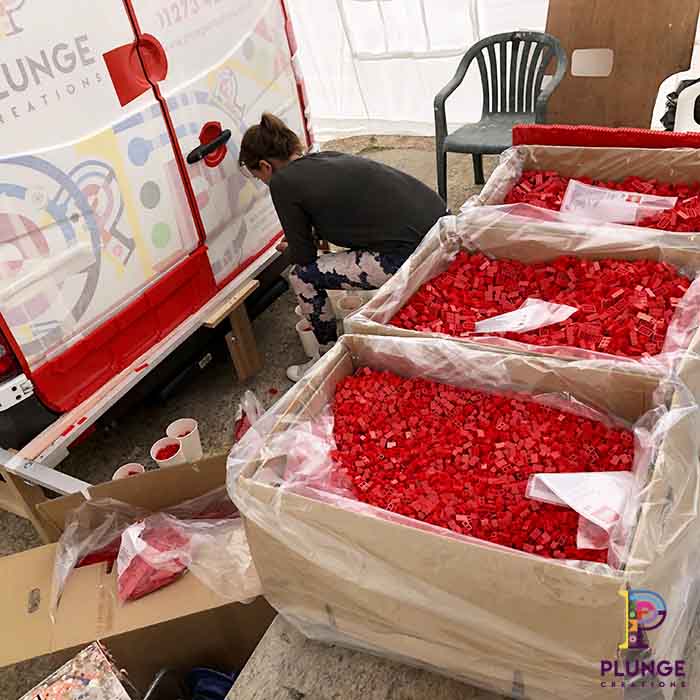 Once the lego was all removed from our van, it was returned to Lego for sorting and recycling.  Watch the video of the disassembly below.

To see more projects similar to this – click HERE