As part of the Lord Mayor’s Show 2014, We Create Ideas commissioned us to build a 2.8m tall replica of a Bruce Lee statue by Chu Tat-shing.

The original high kicking statue is currently on display in the Hong Kong Heritage Museum and they wanted a copy of it to form part of the HK Economic & Trade Office float in the Lord Mayor’s parade.

As the prop was for a single event, we carved the statue out of polystyrene and then finished it with a protective coating of polyurea.  While polystyrene was fine for the level of detail required carving the majority of the body, the face itself had to be sculpted in clay and then added onto the poly carved body. 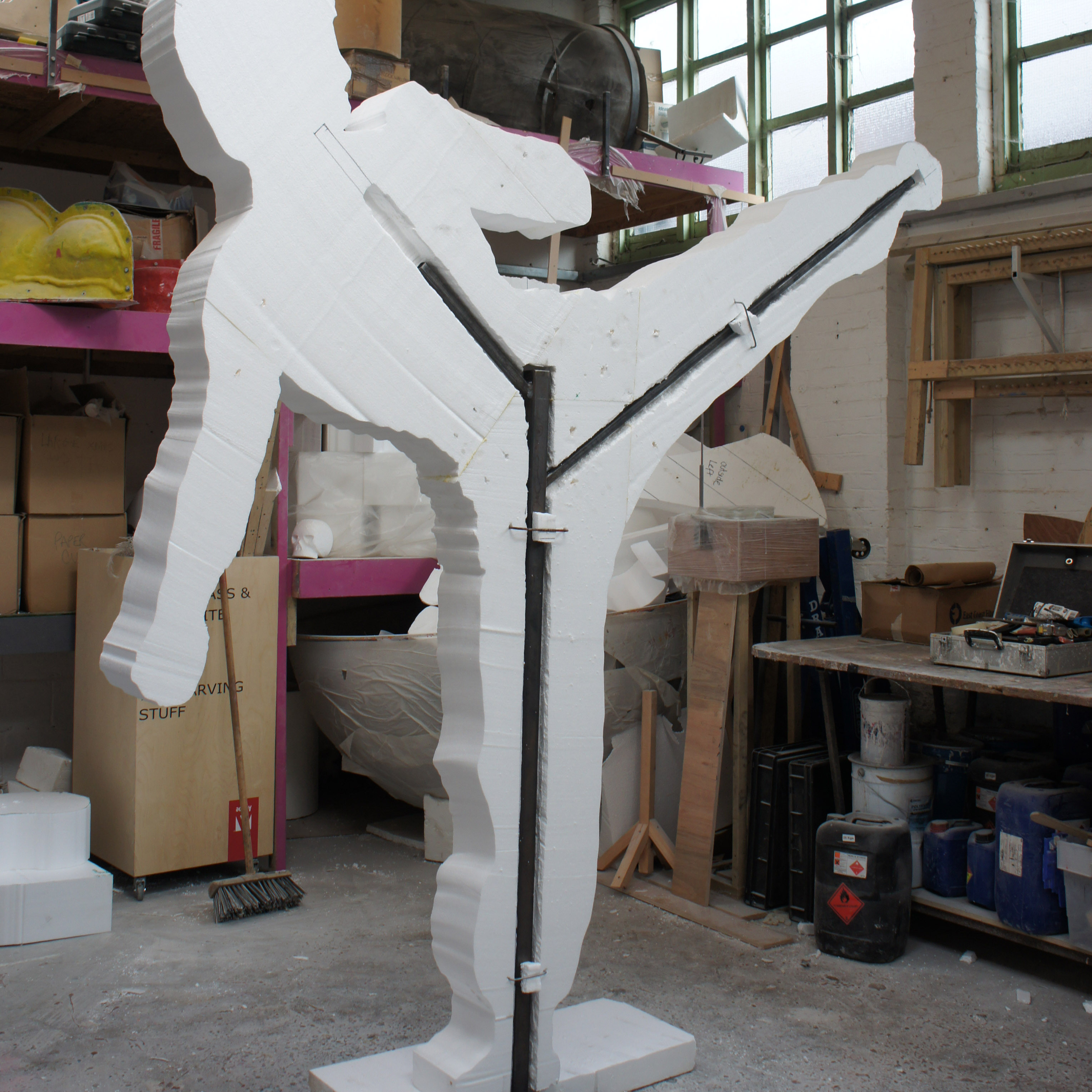 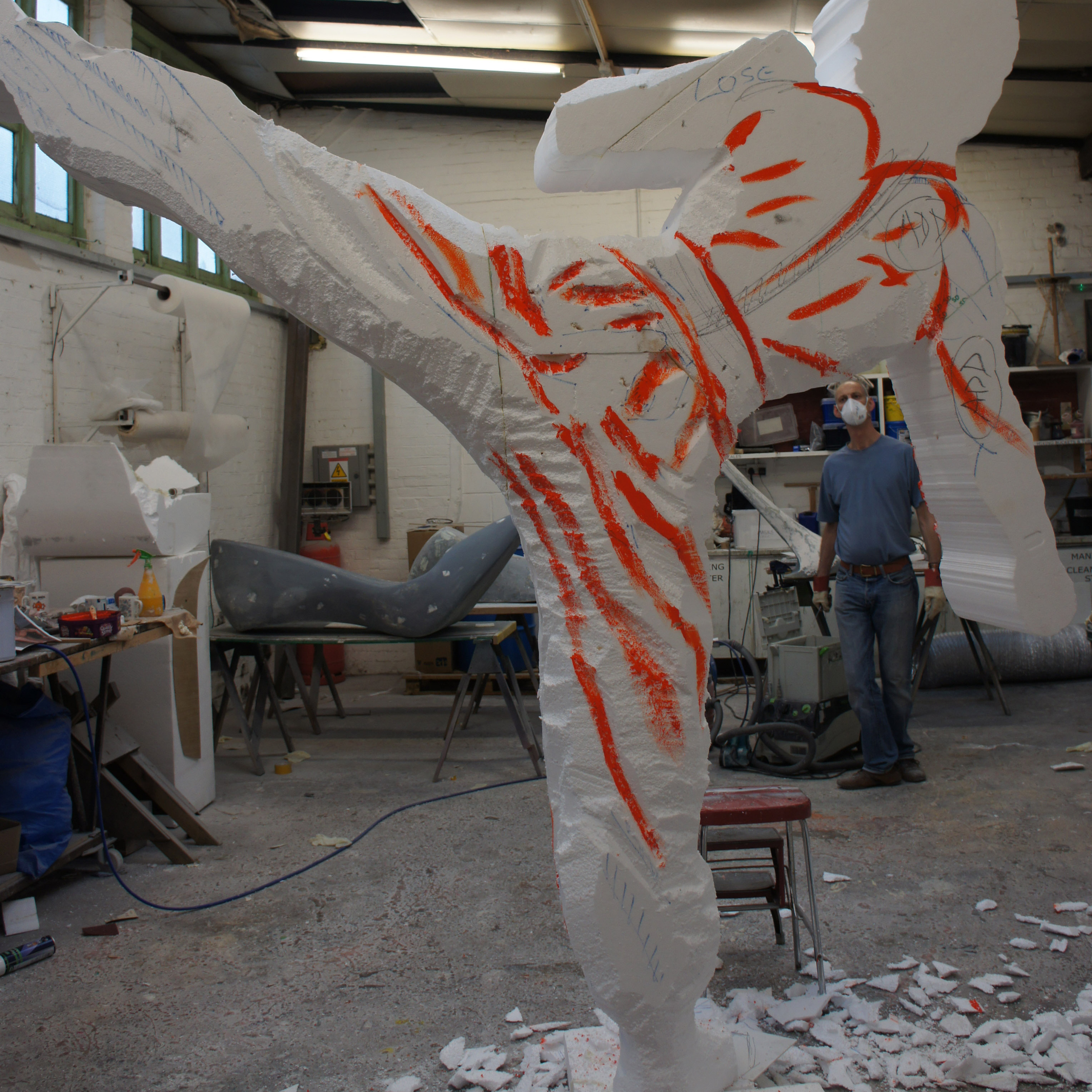 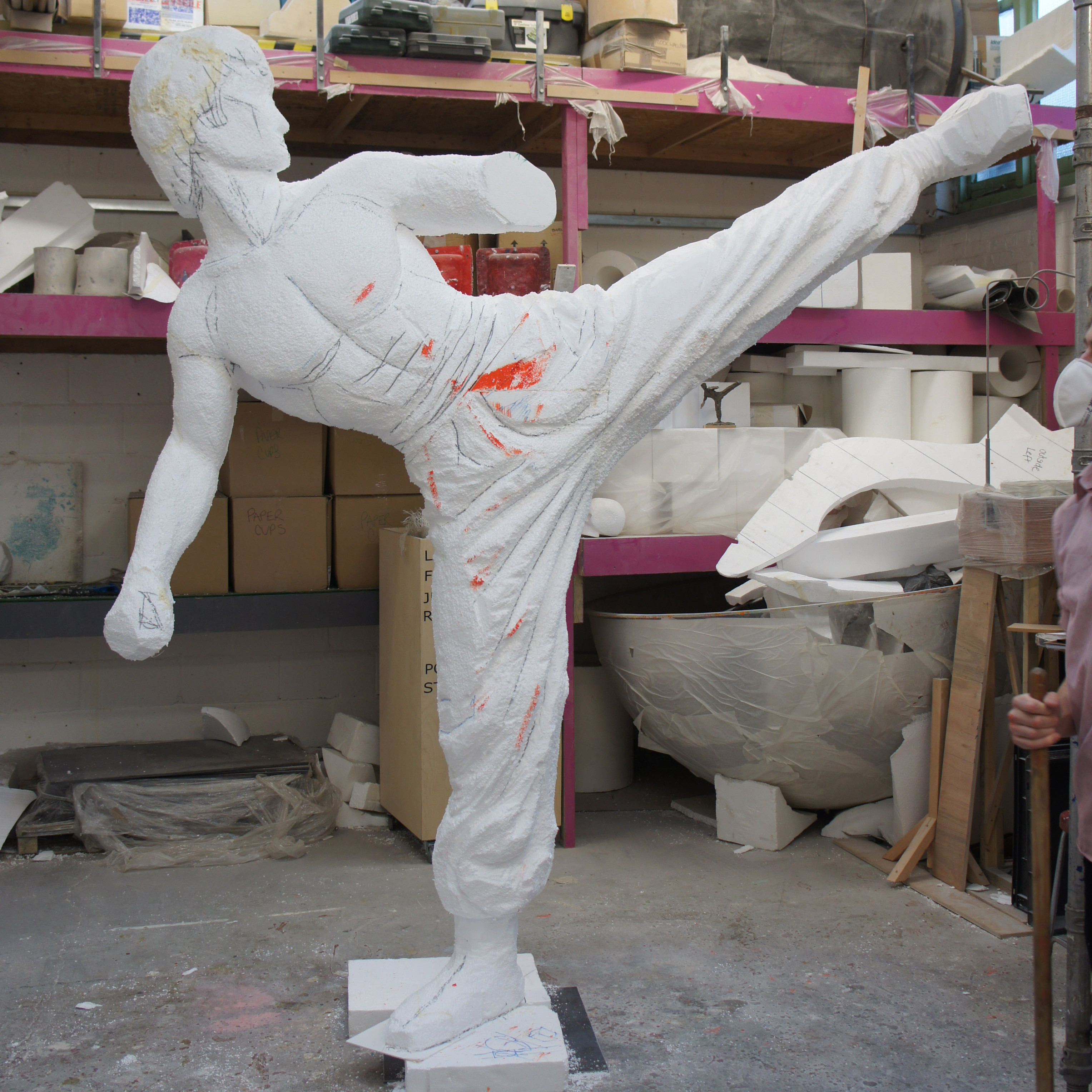 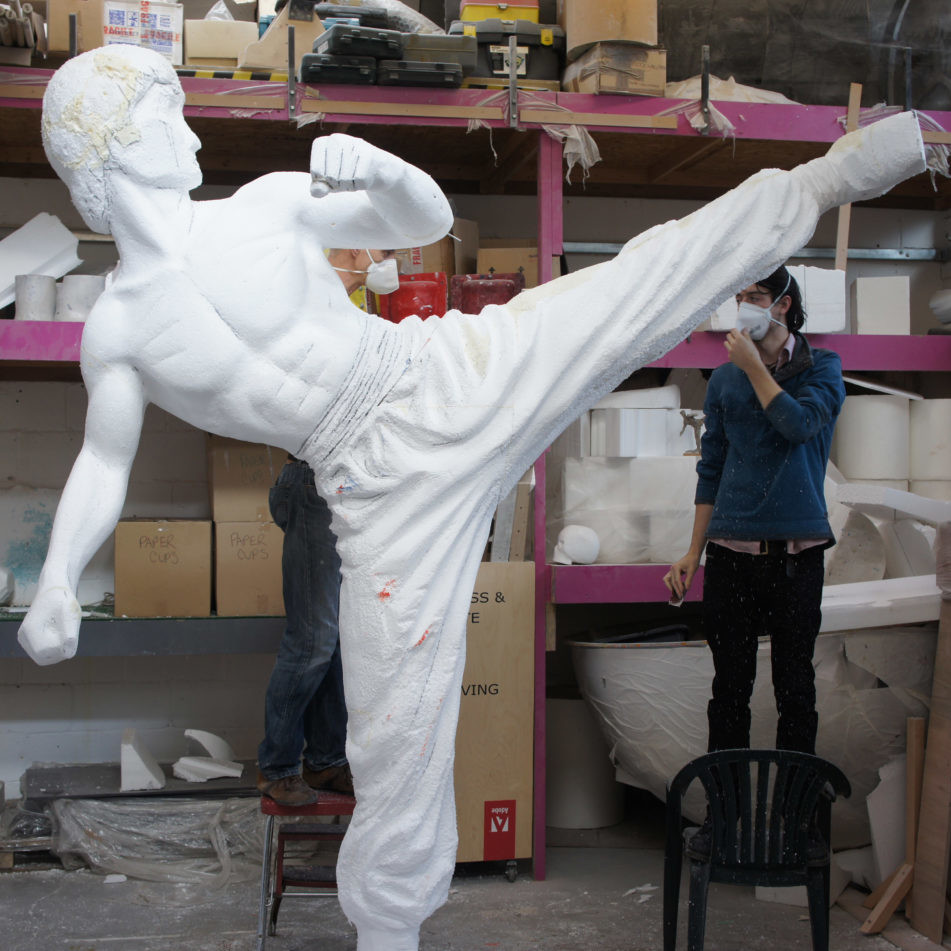 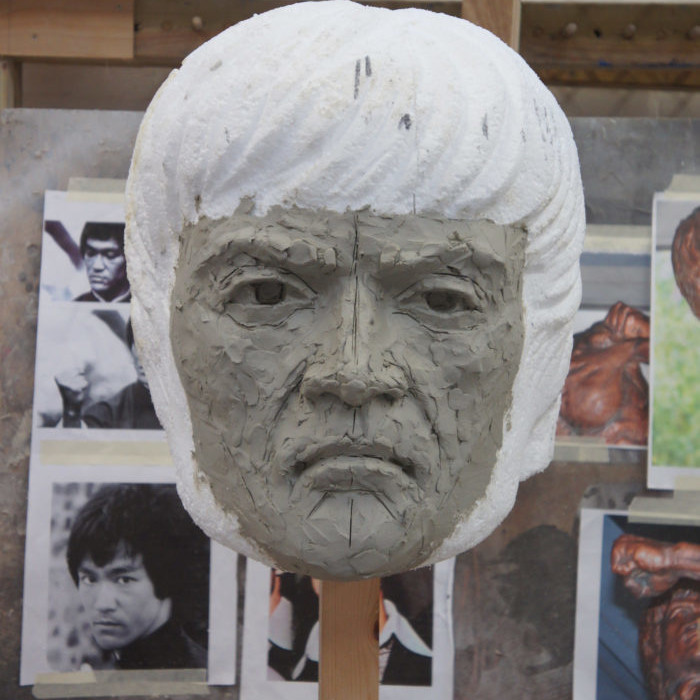 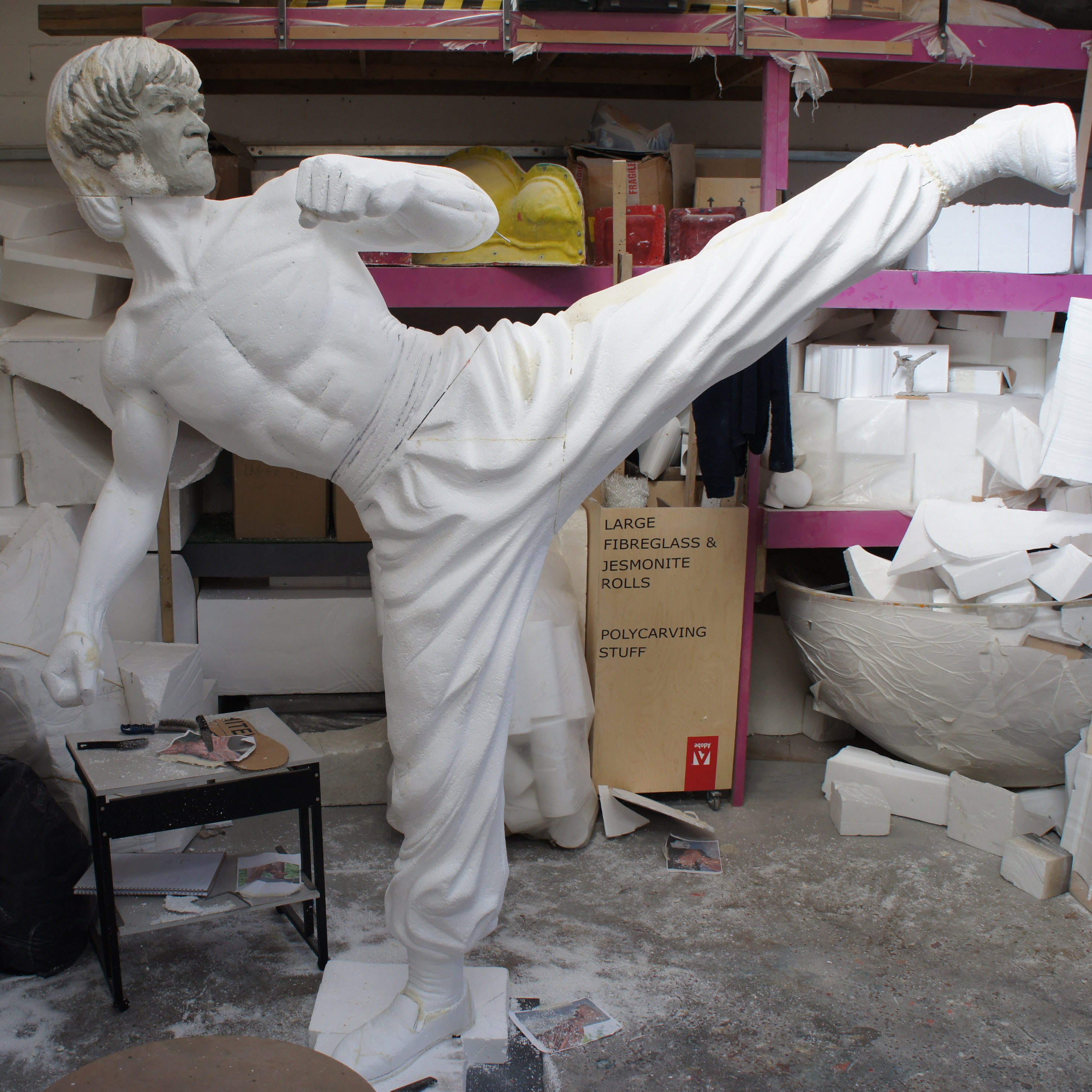 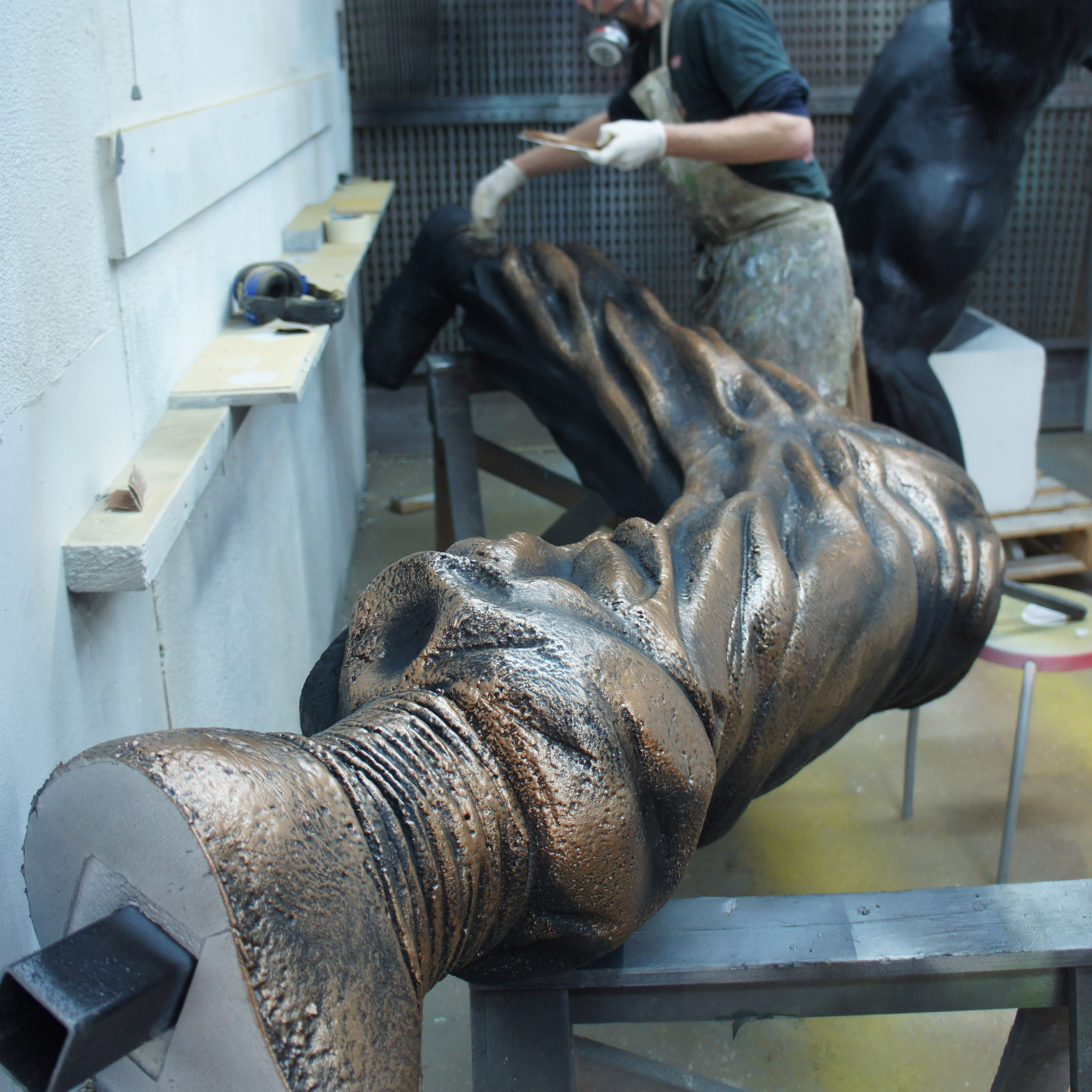 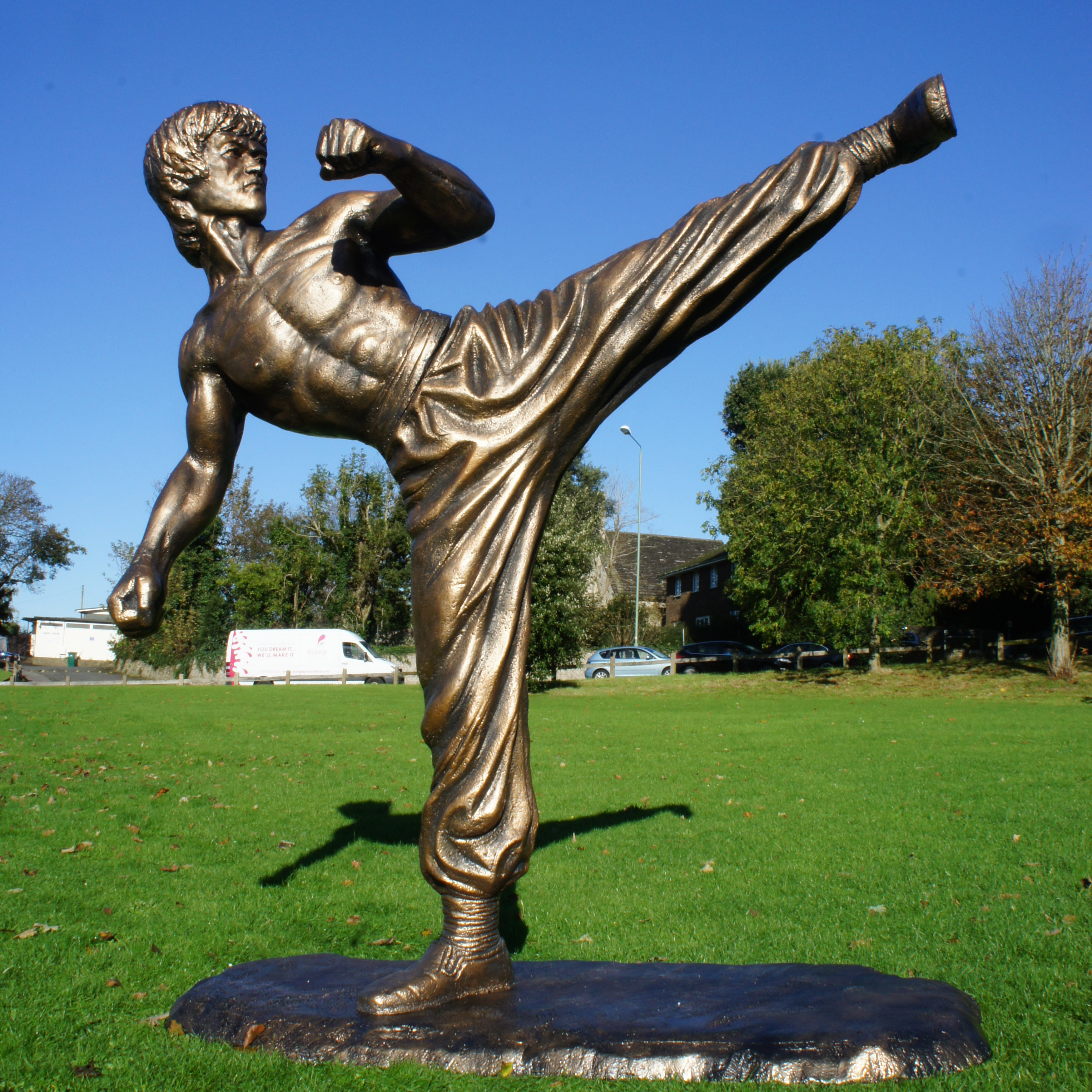 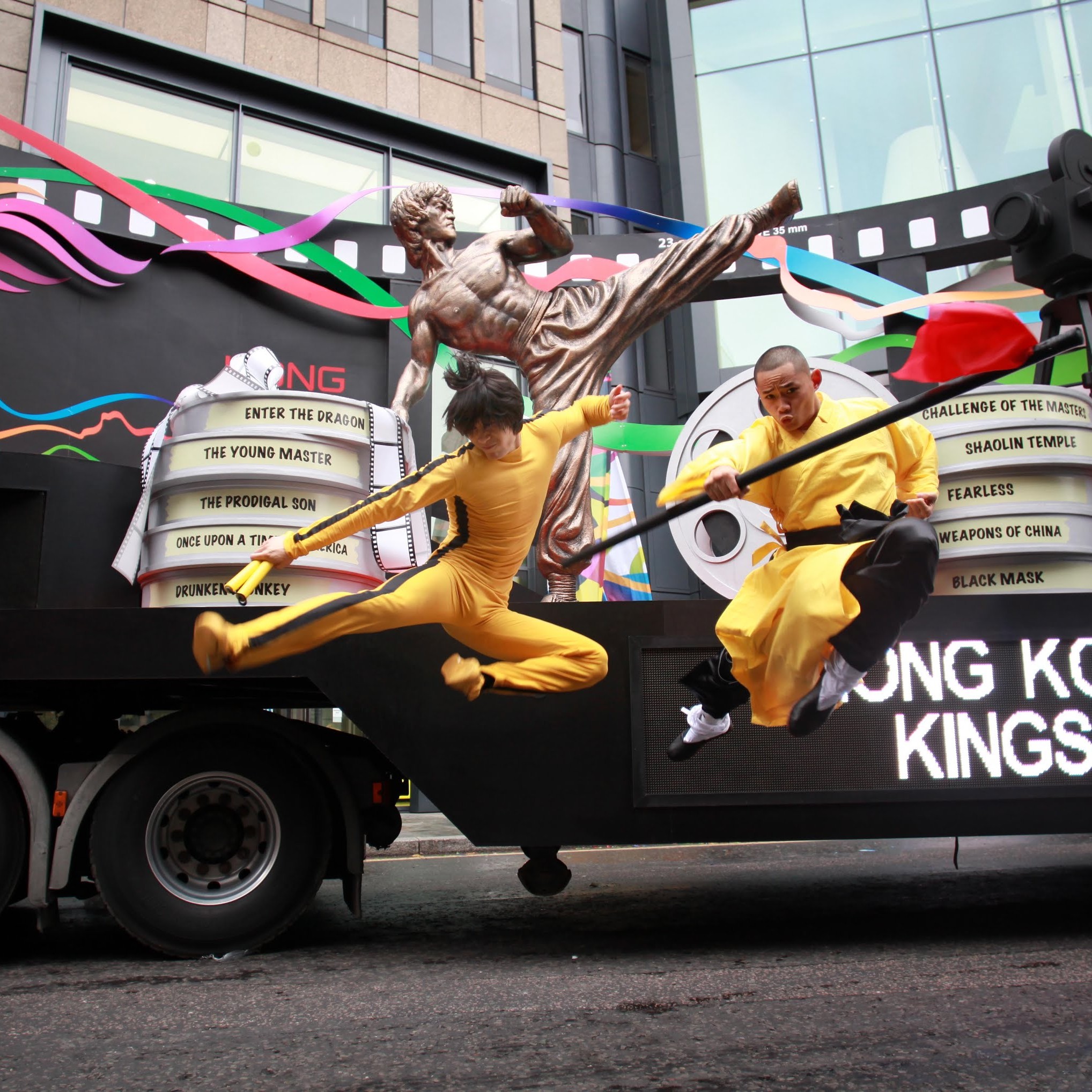